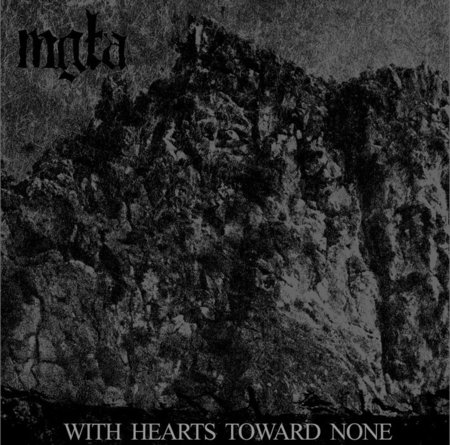 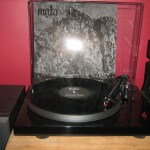 While the quality quotient was consistently high, I found that previous Mgła releases were always very short – and therefore ultimately unfulfilling – affairs. The new album isn’t exactly an epic, either, but there’s a bit more meat contained on the collective skeletons of these seven tunes than what I’ve become accustomed to … so I’ve no hesitation is declaring ‘With Hearts Toward None’ to be the Poles’ most complete offering yet.

The record is professionally manufactured and packaged, with all the song lyrics printed on the back of the outer sleeve / cover. I took time to read along whilst listening and found the lyrics to be refreshingly intelligent and thoughtful, particularly enjoying ‘II’ (yep, the song titles are a simple Roman numeral listing I-VII, as is now the Mgła trademark).

The music is mid-paced, emotive Black Metal that’s impossible to dislike. Loads of atmosphere on here, then, and the tracks are beautifully-composed and excellently-delivered. Vocals are close to perfect, without going over the top. In fact, I would say they are somewhat understated for a raw-ish BM release but then again I’m not sure how raw ‘WHTN’ is. It’s of the underground, that’s for certain, but it’s pretty polished and crafty stuff at the same time – which should appeal to all.

All in all, not much of the inspirational variety to say about this record except that it is well worth splashing out on.