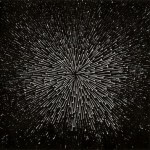 This album is perfectly-titled as it summons the feeling of ancient Black Metal in a manner that is guaranteed to pique your interest. Composed and performed by Hungarian duo Grave and Angmar, ‘…of Old’ sounds like it has been transported through time and place, from some Scandinavian forest in the early ‘90s to my freezing fucker of a living room. For once, the fact that my home is cold seems beneficial; suits the music, sir.

There’s nothing spectacular, complex or ground-breaking going on here – and why should there be? When you’re delivering old school, grim BM, then it’s all about feel and vibe and there’s no doubting the dark spirit permeating this exceptional work. The production is barely better than demo quality and that adds to the whole authenticity of the recording, giving it an ancient aura that most modern music sadly lacks.

Mystagog have a lot going for them. Their Black Metal is rough and ready; it’s simple and catchy, it bounces along like a bloodied head being kicked down a dark street. It’s ugly and raw, lo-fi and scary. This is how BM was always supposed to be – straightforward, necro and nauseating with no wankery guitar solos. If you fancy rolling back the years and indulging in some black nostalgia, reminiscing about a time when the smell of burning pews filled the northern skies, then this would be an ideal soundtrack to such romantic musings.