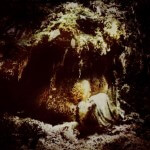 Yet again they insist on including the dreaded female vocals. Indeed, less than a minute into the fourth WITTR album the horrendous warbling of the fairer sex begins and immediately I feel like throwing myself from a tall building. ‘Cept I’m not on one. I will never for the life of me understand why a band so close to perfection continually fucks their sound up with cheesy, sickening-sweet Evanescence-style rubbish like this. CaThis sounds more like The Gathering than Darkthrone. Call me sexist if you like, but sorry this style of female vocals has no place on Black Metal albums. Wait, don’t call me sexist; it’s a statement of fact. Clean vocals and gothic, female vocals ruin music.

I’ve endured it on successive Wolves In The Throne Room releases now, always believing it was a phase they were going through, a fad, an oversight, a blip …  something they would rectify as they matured and realised what proper Black Metal is. But now I give up. Consistently, this potentially-great band spoils its work with the ridiculous inclusion of totally-out-of-place, spoil-the-fuck-out-of-everything feminine vocals. And I don’t know why the girls are not listed as permanent members cos they’re always there, wrecking things, a constant shadow looming large.

So ‘Thuja Magus Imperium’ is a write-off, as is the fifth track ‘Woodland Cathedral’. ‘Permanent Changes in Consciousness’ and ‘Rainbow Illness’ are nice ambient interludes, which leaves just ‘Subterranean Initiation’, ‘Astral Blood’ and the closing epic ‘Prayer of Transformation’ as proper BM tunes that show how great WITTR could be. Just three good songs, hmmm…

In short, this album is a real disappointment. I always considered them to be a great BM band with some shortcomings; but the penny has dropped, alas. Wolves In the Throne Room are predominantly shite, with traces of genius amid the horrendous, unbearable operatic, children’s TV grandeur. No true Black Metal fan should touch this.