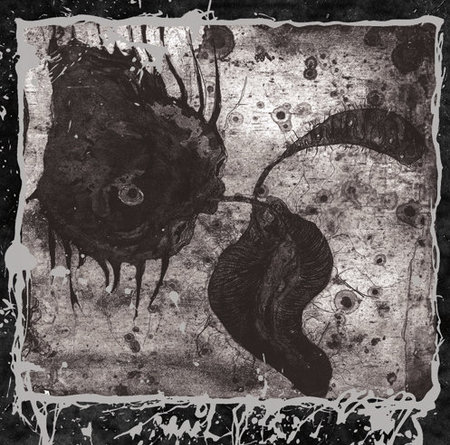 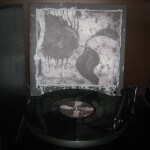 Iron Bonehead’s version of Antediluvian’s debut album has to be the best of all. The German label released the European vinyl edition and the rather stunning  ‘Through The Cervix Of Hawaah’ is here contained within a huge heavy-duty gatefold cover, with sumptuous 12” booklet included. It’s pricey, admittedly, but in this case I’d suggest that the money is well spent.

Musically, the album boasts immense swathes of guttural, lo-fi, bestial Death Metal with the merest hint of Black, like a darker, more convoluted Incantation. ‘Through The Cervix Of Hawaah’ is akin to an aural tsunami: ominous, foreboding, rumbling with fierce intent and devastating power. Its inaccessibility makes it all the more compelling, but there are occasional lighter textural touches to break up the often overwhelming onslaught.

The only downside is that the album is too short to justify a double vinyl, which leads to a lot of getting up and down from the sofa as well as the unsatisfactory compromise of a Side D containing etching only – one of my personal pet hates. This minor quibble aside, this was a fantastic investment. I’ve often heard Antediluvian mentioned in the same breath as Portal. For me there’s no comparison between the two: the Canadians are vastly superior.