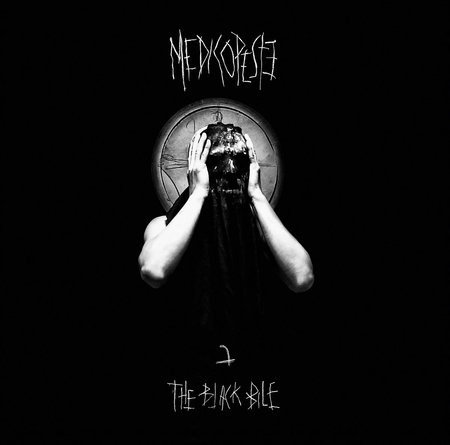 Eight years had passed since Medico Peste’s fascinating debut full-length, ‘א: Tremendum Et Fascinatio’, so the follow-up album was certainly long overdue. On ‘ב: The Black Bile’, the first thing that becomes apparent when catchy opener ‘God Knows Why’ erupts in all its frenzied madness through the speakers is that the Poles have lost none of their wackiness. Strangely, it comes across more like System of a Down than Darkthrone, though. Sounding like some Black Metal nursery rhyme for diseased adults, this track sets the tone for what is a very interesting and unstable journey.

The album has been graced with a really big production by Black Metal standards, so the adept musicianship – including prominent bass and some wonderful head-nodding drumbeats – shines through in all its glory. There’s a carnival-esque or weird cabaret vibe in the songs, which are unhinged and deranged but also imminently accessible; often changing gear to inject some variety into proceedings. What we have here is big, bold, brash, rhythmic Black Metal with a bright sound and a succession of infectious, rather immediate tunes carrying the message across.

Comprising seven lengthy, skillfully-crafted offerings, it’s definitely an impressive record – and, let’s be honest, the gatefold LP looks and sounds magnificent – unveiling many devilish, schizophrenic moments across its 50-minute duration – and blessed also with some particularly crazy but intriguing lyrics. The downside of ‘ב: The Black Bile’ is that for all its insanity and inherently paroxysmal, spasmodic nature, it does lack a sense of genuine darkness and also drags a bit towards the end (nothing on the second side of the record comes close to the brilliance of ‘All Too Human’) as either the quality of the songs drops or else the law of diminishing returns sets in or perhaps a combination of both.

All in all, although not quite squeezing into the mandatory bracket, it’s still an enjoyable, twisted album worth checking out.