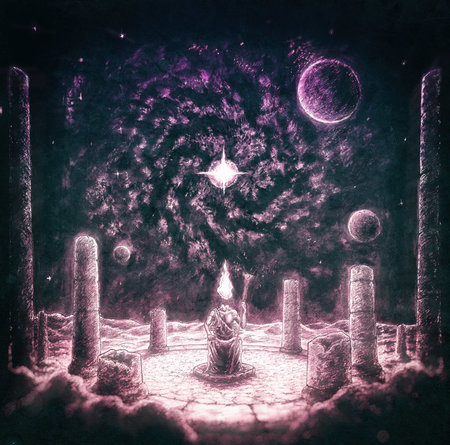 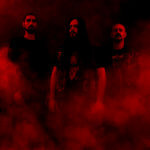 Inspired by the writings of H.P. Lovecraft, Prometheus’ sophomore full-length ‘Resonant Echoes From Cosmos Of Old’ is perhaps one of the least-Greek-sounding Greek Black Metal albums you are going to hear. Aimed somewhere between Morbid Angel, Absu and the symphonic leanings of Limbonic Art or Emperor, this is a diverse album which ends up falling haplessly between too many stools.

There are six tracks in total, clocking in at 43 minutes, opening with ‘Gravitons Passing Through Yog-Sothoth’, merging aggression and melody, adept instrumentation to the fore throughout, tidy drums and chants rolling across the surface of ‘Azathoth’ before a scorching Venetian riff and monstrous (Death Metal styled) vocals usher in ‘Astrophobos’, an accomplished, lengthy mid-paced offering exploring the cosmic void, many of the riffs reminiscent of Morbid Angel but painted onto a Black Metal canvas.

The album is not flawless, however – far from it, in fact. Indeed, any sense of genuine ferocity seems to be front-loaded and the ambient passage that interrupts proceedings towards the climax of the third track is superfluous in the extreme as the slow, melodic guitar solo serves no purpose whatsoever other than breaking up momentum. Somehow, ‘Resonant Echoes From Cosmos Of Old’ never recovers as soaring, gushing melodies take over completely and any notions of this being an actual Black Metal or Death Metal album drift away into the ether.

In the end, despite a promising start, it’s all too tame and timid to pay any sort of worthy homage to the ancient ones.