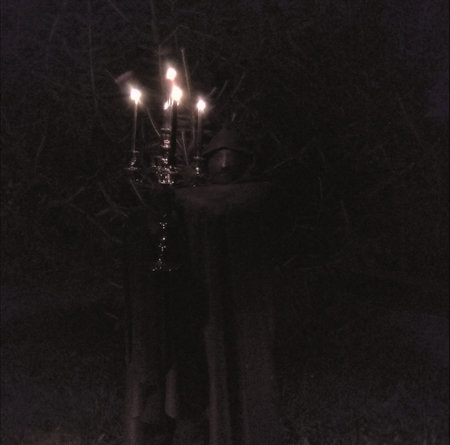 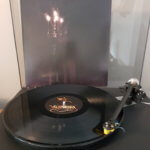 From the land of raw and noisy Black Metal, Via Sinistra emerge with their debut full-length, ‘Silencioso Culto Do Abismo’, which exists decidedly on the melodic and atmospheric side of raw and noisy but still possesses enough underground attitude and integrity to make for a very interesting and enjoyable listen. Across three-quarters of an hour, the anonymous Portuguese ghoul(s) spew forth ten tracks of dark and glorious nocturnal art, admittedly monotonous at times but perhaps all the more enticing for it.

If they have a multitude of rich riffs up their sleeves, Via Sinistra are content to keep them there, relying instead on a rather simplistic and basic approach, the intro and ensuing ‘Despertar De Energias Ocultas’ not exactly plundering the well of inspiration but nevertheless succeeding in conjuring a keen adversarial atmosphere. Once they have a riff chosen, they tend to take a repetitive approach, repeating it to within an inch of its ghastly life. The result is strangely invigorating.

Unlike some of their compatriots, Via Sinistra are in no hurry to get through their curses. Thus, where many Lusitanian hordes crank up the speed and aggression levels, here we have slow-to-mid-paced, somewhat melancholic and introspective Black Metal loaded with atmosphere and passion, eschewing technicality in favour of creating a malevolent mood – not necessarily pitch-black evil but undoubtedly belonging to the left hand path.

Simple yet effective riffs are complemented by straightforward but elegant and prominent drumming, while the inclusion of wretched Death Metal-like growls to complement the blacker shrieks adds a modicum of variety to proceedings. The more the album progresses the better it gets, ‘Presencas Ancestrais’ grants Side B an obscure and twisted beginning, ‘Transe Intoxicante’ hammering home the point, the more upbeat ‘Manto De Trevas’ setting the scene for the album’s longest and best offerings – the extended, macabre funeral march that is ‘Sombria Manifestacao Das’ and the eerily-accomplished bass-driven ‘Profundezas – A Danca Da Foice’.