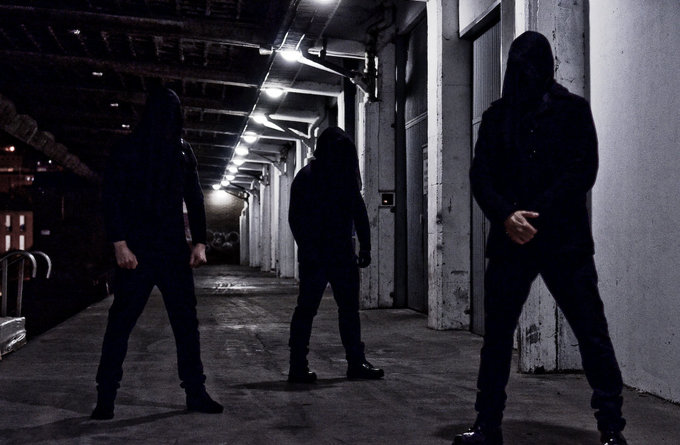 With ominously-titled, nightmare-inducing fourth full-length detonation, ‘Succumb’ –  a violent expulsion of existential horror conceived of the mundane, weak and ultimately senseless nature of the human condition – Altarage delivers a contemptuous and chaotic celebration of nothingness. Here, this faceless and unfathomable physical force considers the inevitability of oblivion, forlorn struggles to escape the inexorable approach of death, the absurdity of mankind and wandering backwards in time through tangled corridors of existence. 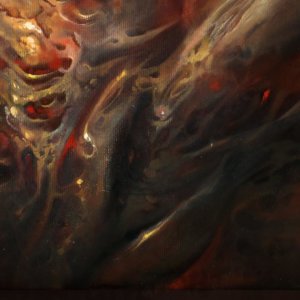 Life is the ultimate paradox: a quest for survival doomed to failure. From the second we are born, we spend a lifetime locked in a fruitless battle against the relentless roar of onrushing death. 350,000 new humans appear on earth every day but, as each individual will inevitably die and fade from memory, is existence futile?
“If looking for answers or a real meaning to our presence here, it is futile, yes. And fragile. The other day I was doing a usual, minor chore and I thought about the banality of it, thinking that maybe tomorrow I wouldn´t be able to do such a thing like that again. Life is taken for granted until the moment the signals are visible, the horrified realization of mortality and that time is limited. Those are moments of clarity, more present as time goes on, in my case. Then, the mundane is what occupies the mind and time and that’s okay because living in a pit of ruin waiting for the end to come would be unhealthy, although sometimes inevitable.”

In his collection of aphorisms, ‘The Trouble With Being Born’, painfully-pessimistic Romanian existentialist E.M. Cioran contended that birth is the ultimate disaster, not death. ‘Not to be born is undoubtedly the best plan of all,’ he stated, rather glibly. Would you agree with this or is there some merit to the struggles of life?
“The birth of some individuals is a complete failure for existence, that’s for certain. Not so sure about merits, but even if you’re struggling with life you have to accept that or end it immediately. The ultimate disaster would be to not use time wisely to our benefit. The real struggle is the race against decay and oblivion.”

Within the overall cycle of life, if we forget about the individual and focus on the collective, death can perhaps be conquered. As new generations replace those who depart this mortal coil, life can continue indefinitely, even if each individual being is transient. Then again, won’t death always have the final laugh as ultimately all life will end and even the universe itself will collapse and cease to be?
“Death can’t be conquered. It is the ultimate certainty, whatever death will be. Only the flock mentality can make us think about being safe against something like this. Human absurdity. We’re born alone and die alone. Everything has a beginning and an end, no matter how much time it takes to reach the final gates. To perpetuate the human seed in existence is impossible because mankind is doomed to fail … sooner or later it will happen.” 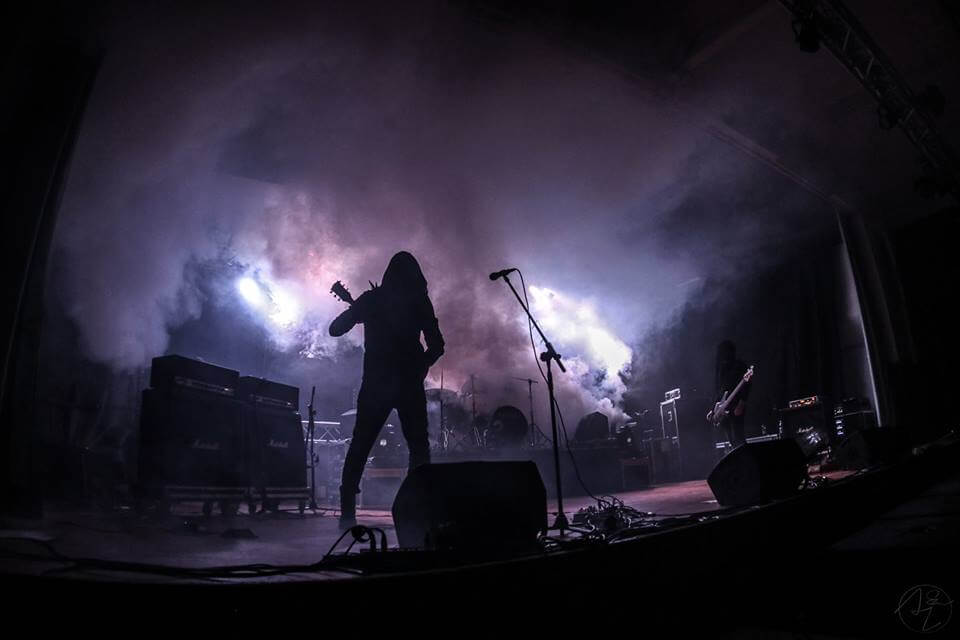 H P Lovecraft stated that humans are insignificant in the larger scheme of intergalactic existence and pointed out that there is no evidence of divine presence anywhere in the known universe, a contention that’s backed up by science and which surely renders religion and faith (in anything other than oneself) redundant. Unwilling to embrace nihilism, many humans find it difficult to relinquish the crutch of a god-like figure or saviour and cannot accept their powerlessness and mortality within this incomprehensively-large universe. As it leads to us overestimating our worth within the greater scheme of things and fills us with delusions of grandeur, is the ego man’s greatest enemy?
“Time is the enemy. Man is the enemy. No matter the knowledge or intellect, man will always fail. We are nothing and nothing we’ll become. The fact that a very large percentage of mankind put their lives in the hands of religion every day is pathetic and speaks volumes for how primitive and ignorant we still are.” 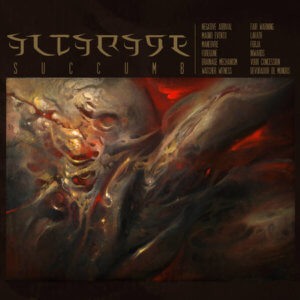 An almost unbearable existential terror permeates Altarage’s utterly unnerving dark art. This is more pronounced than ever on your fourth full-length, ‘Succumb’ – the sonic embodiment of our futile struggle in the face of time, decay and death. Not that the three previous records were in any way uplifting, but this is your bleakest, most oppressive and devastating offering to date. What was the catalyst for this intensification of profound negativity? Has your worldview become even darker than hitherto?
“The origin of this collection of songs lies in some recent episodes lived through memories and the claustrophobic feeling of living in the past. The corridor of existence is full of windows and balconies and, once in a while, I get close and take a look at what can be lurking outside. Sometimes it’s not a good idea, depending on the state of mind and mood, but I’m always looking within for inspiration, so I deal with it. The past could be crushing and destructive and the idea of decay through living in yesterday was something I knew well at the time of writing. It’s a logical continuation from the previous album [‘The Approaching Roar’], where the main concept was to be under the influence of the mundane through existence, leaving different versions of yourself in the process, imprisoned in obtuse flesh.” 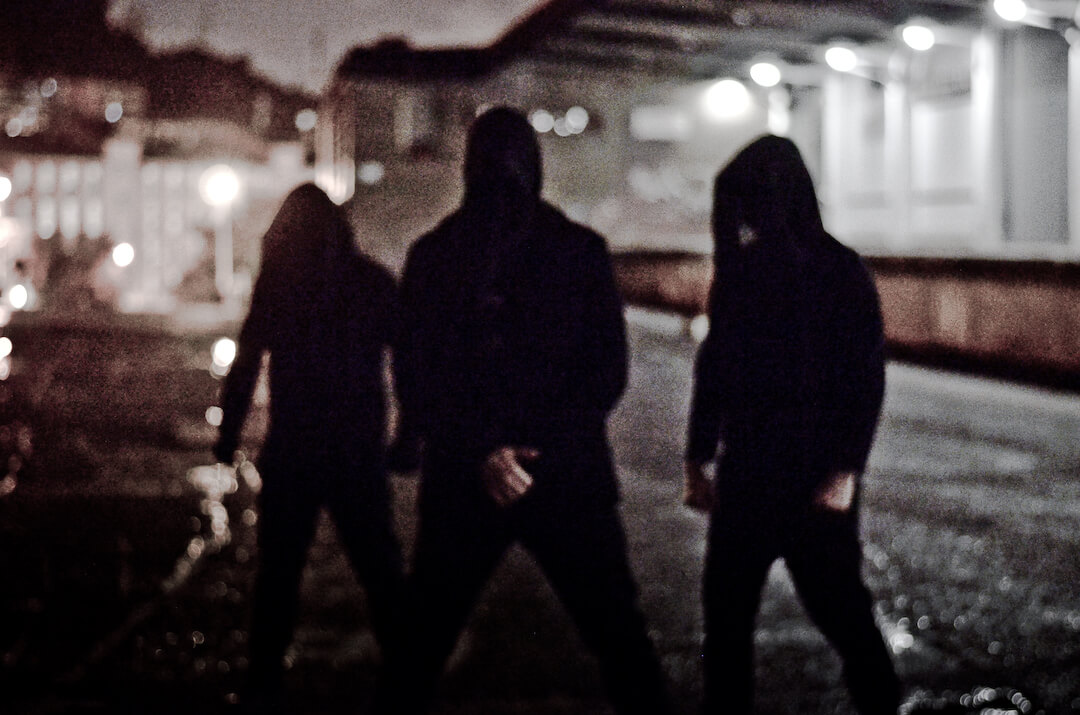 I’m not even sure if this can be termed as music anymore. Nor are these actual ‘songs’. ‘Succumb’ transcends mere music and is something else entirely: a nightmarish exhibit of ominous horror crushing the senses and suffocating the soul. One can almost sense the inevitability of utter oblivion. While the album title hints at surrender, there is a marked difference between knowing your fate and accepting it. The conjurations seem empowering and defiant, imbued with a spirit of resistance. Your message may be bleak but there is nothing meek or defeatist in the delivery – a celebration of nothingness, perhaps? An impassioned call to embrace the bottomless void?
“It’s a fight that cannot be won but we rebel against time and mortality regardless and we rebel in violence and chaos. From day one this is a vehicle to conduct all these thoughts and ramblings to the ether. Salutations to the great nothing. Although we are aware of our futility and the limited time given, the perfect way to accept it and deal with it is to dive into this vicious onslaught of cyclopean magnitude. Being at the core of this bizarre whirlpool when playing is like being absorbed from reality and connected with the inner self. The resulting catharsis released through this current of power allows us to pass over the misery and decadence out there.”

Altarage is an obscure, elusive, intangible vessel or conduit of heaving chaos, transcending the ego and defying all norms and expectations. Resisting the common conventions of what it means to be a ‘band’, the individuals powering this egregore have opted to remain faceless, shrouded in anonymity. In the case of Altarage, this is wholly appropriate as your unearthly emanations are at once inhuman and universal. How important is it to conceal the artist so that all attention remains on the art?
“Since the beginning, music has been the only thing important. The reason was very simple and terrenal: I wanted to start from scratch with no advantages at all from previous musical incarnations. I’ve never cared about sales, popularity, numbers, charts, playlists or whatever – music business be damned. Even those claiming that playing from anonymity is a gimmick are wrong; that was never the plan. Maybe it is a double-edged sword but we couldn’t care less. Actually, to wear a hood is something I dislike but I see it as a necessary evil to let the art do the talking, putting aside faces and names. I view it as a complete exercise in coherence due to the nature of the music and words.” 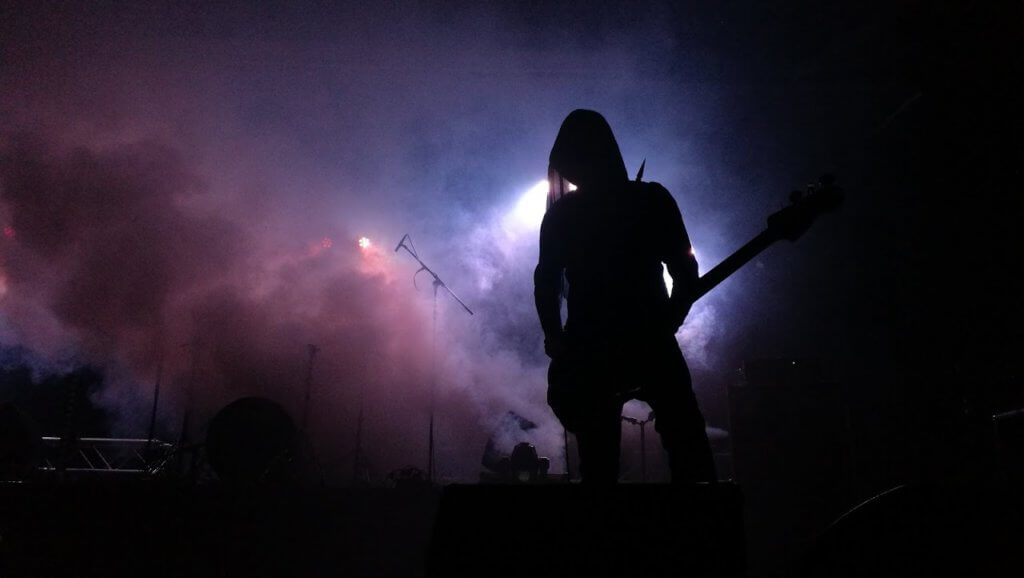 You possess an uncanny ability to craft surreal soundscapes which are contemptuously delivered in a cold and calculated manner. These appear to have been composed and executed by non-human entities – either tormented souls, visitors from another dimension or void dwellers. The sound is beyond terrifying. Do you allow yourself to be consumed by complete darkness during the recording process? Do you feel that somehow the art takes on a life of its own and emerges spontaneously from that darkness?
“I wouldn’t say that this art emanates from darkness but from life itself, with all that implies. I let myself go through it every day in this respect, living this art form every second. The artefact is always working and churning. I don’t live in misery but the mind is restless. This method, to call it something, can be a burden but is also an actual extension of myself that reaches its prime when writing and manipulating this almost physical sound. And yes, it takes a life of its own. The recording process, though, is rewarding most of the time. It is a mere transition, something that has to be done for the sake of registering all those ideas, building a proper work of art that can accurately represent that period in time. On the other side, recreation in a live setting is where all can be transmogrified by feeding off the communion of energy generated between executioners and executed.”

In creating dark art, generating the desired atmosphere is every bit as critical as technical capability – if not more so. Altarage is clearly proficient in both departments. How important is it that your creations operate on a primal level, infecting the soul as well as the senses? I imagine a great deal of thought goes into not just how the instruments / vocals are played / performed but also how they should sound?
“There’s always this clear vision of how things must be and sound, yes. For that, when facing the recording, all is set and there’s no time for improvisation. In the early stage of the songs anything can happen and a first thought could be definitive and representative; this is where things occur for real, up and down, back and forth, build and deconstruction, sheer chaos until the rope is tight, putting sense and meaning to all the pieces of the puzzle.” 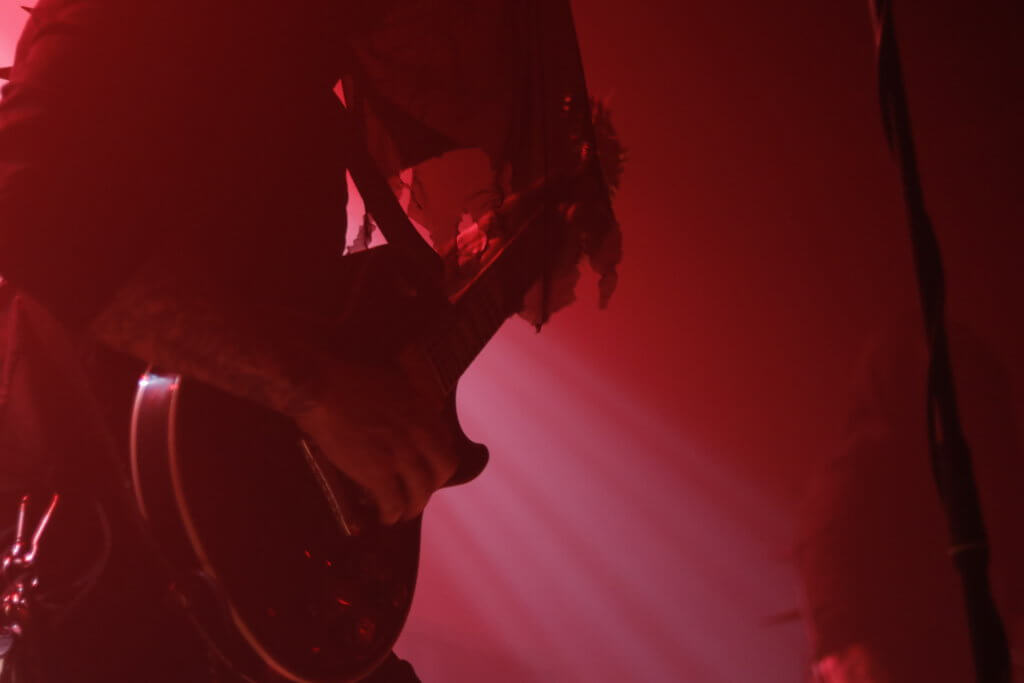 Eclipsing the 63-minute mark, ‘Succumb’ is by far the lengthiest Altarage album to date. This is largely due to the inclusion of the epic, suitably nightmarish denouement, ‘Devorador De Mundos’. Who or what is the devourer of worlds? The churning cosmos, the ignorance of man, or everything in between?
“Time itself is the great devourer of everything.”