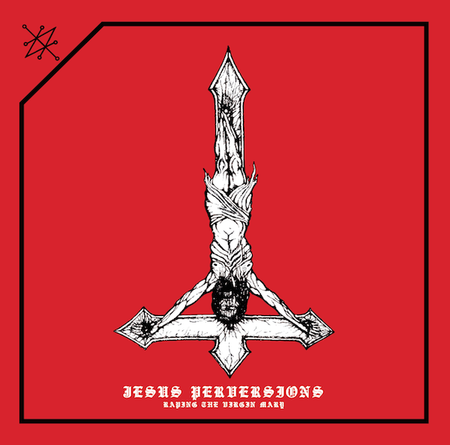 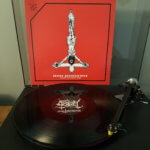 Even though ‘Jesus Perversions’ was recorded over a decade ago, the gloriously blasphemous Black Metal vomited forth by Azazel is timeless, so their debut full-length sounds every bit as appealing now as it did when it was first unleashed on CD in 2012. The album surfaced on vinyl for the first time over the winter of discontent and it’s definitely yet another Werewolf Records release that comes highly recommended.

Kicking off with the disgusting title track and climaxing with the putrid ‘Palace Of Blasphemy’, ‘Jesus Perversions’ takes no prisoners from start to finish. This is an abominable onslaught upon all things Christian, with interchangeable song titles such as ‘Rotting Nazarene’, ‘Raping The Virgin Mary’, ‘Christian Slut’ and ‘Satan’s Little Cunts’ offering an accurate indication of the sort of intolerant themes we’re dealing with. The music itself is as crude and to-the-point as the subject matter, so what we have essentially is straight-forward, hate-fuelled Satanic Black Metal with not one fuck given.

Lord Satanachia’s demonic, subterranean vocals are especially evil and raw – sounding like they were recorded in the pits of hell – and the music is both crushing and infectious, thrashing and chopping, always a sense of macabre melody running through the songs. While Azazel clearly take their cues from the early days of thrash metal and Black Metal, they also inject some of their own filthy identity into their music.

This album could easily have been recorded in the early ‘90s. It has a decrepit, analogue sound and reminds me of a time when the glorious stench of burning pews filled the air of Northern Europe. If you enjoyed raw, dirty, rough and ready BM back in those seminal days, then chances are you will also like this.

Ultimately, ‘Jesus Perversions’ on black wax offers 33 minutes of uncompromising antichristian Black Metal that stands the test of time (the bonus track from the CD edition is omitted). It’s apt that this album got the vinyl treatment – along with the equally-essential follow-up, ‘Witches Deny Holy Trinity’ – as these Finns outgun most of their peers in keeping the original Black Metal flame burning.