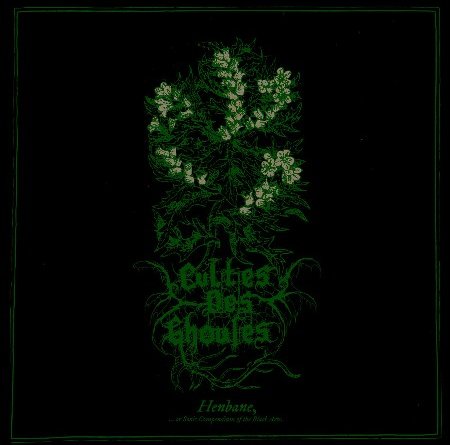 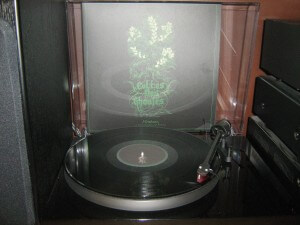 The relentless march of time can be either cruel or kind to music. In the case of Cultes Des Ghoules’ second full-length album, ‘Henbane, …or Sonic Compendium of the Black Arts’, the latter is most certainly the case. Almost a decade on from its release, it is abundantly apparent how majestic, singular and essential a record this is.

Listening to ‘Henbane’ today serves to highlight not just how magnificent it is but also how mediocre by comparison Black Metal has become during the intervening ten years or so. Put it this way: no album released in the current calendar year can hold a candle to this undoubted masterpiece of bewitched Black Metal malevolence.

Here, everything is in its rightful place. The coven of Cultes Des Ghoules conjured a work of pure evil and darkness, each of the five substantial curses presented across the album’s near-hour-long duration the embodiment of a sonic sacrificial ritual. The only man who can laugh and cackle on a record and still sound menacing, Mark of the Devil is on top form on ‘Henbane’, sending shivers down the spine with a trademark possessed vocal performance of diabolical might, perhaps not quite as grandiose or theatrical as on subsequent releases but inhumanly ghastly, ghoulish and utterly unnerving.

CDG’s second album is also a wondrous work musically – haunting, unsettling, measured most of the time, ferocious when it needs to be. In setting just the right atmosphere, it achieves what most modern records fail miserably to deliver. At the heart of the record is the mesmeric and poignantly-titled ‘Vintage Black Magic’, where – without breaking sweat – Cultes Des Ghoules effortlessly demonstrate their uncanny knack for summoning undiluted aural evil.

The double vinyl edition is splendid, enclosed in a gatefold jacket with the remarkable lyrics included on the inside fold, but I would highly recommend listening to this Black Metal masterpiece in any format. A standout moment for sure in one of Black Metal’s most authentic discographies.