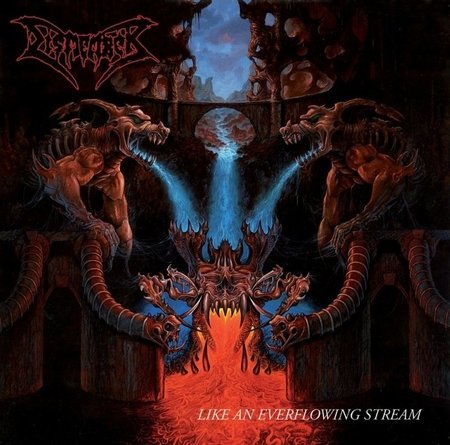 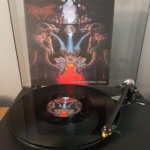 An undisputed Death Metal classic if ever there was one, Dismember’s genre-defining ‘Like An Everflowing Stream’ was recorded and mixed in Sunlight Studios almost three decades ago and has since became synonymous with the legendary Stockholm scene and sound, also co-pioneered by partners-in-crime Entombed and Carnage. Listening to this masterpiece today, it’s incredible to think it was released way back in 1991 as it still sounds astonishing.

The Death Metal landscape was of course a lot different back then (in truth, Death Metal was only being born). Carcass and Autopsy were making quite an impression with their rather controversial offerings and the censors were all over everything. Dismember exploded into the equation embracing lyrical content that was far from politically correct, the infamous ‘Skin Her Alive’ representing a resounding case in point. Of course, the thing with gore in extreme music was that it was designed to shock and grab attention; I’m sure there was no real desire to commit these acts…

Either way, Dismember shot to notoriety with a trailblazing debut that remains universally acclaimed today. ‘Like An Everflowing Stream’ is worthy of a place in every collection and this double-vinyl edition is fantastic as it includes four bonus tracks, displaying an even rawer, rougher, grimier, pre-Sunlight aspect of the band that is perhaps even more essential than the album proper itself.

With almost an hour of often-imitated-but-never-bettered Death Metal from yesteryear on show, this is absolutely immense in every way. Apart from the fact that it makes me feel very old indeed.