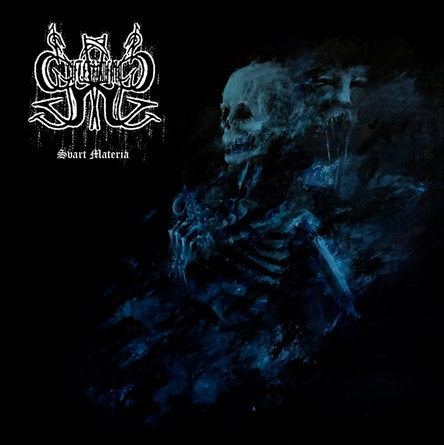 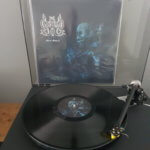 After nigh on a decade of suitably mysterious silence, Grifteskymfning returned this year with not one but two new albums: ‘Bedrövelsens Härd’ and this one, ‘Svart Materia’. Considering how much of an impression their previous releases – particularly the sublime ‘Likpsalm’ – made on me, I suppose it was inevitable that I’d jump at the chance to acquire more material from this enigmatic entity.

Clocking in at just shy of the three-quarters-of-an-hour mark, ‘Svart Materia’ comprises six cuts of ancient, arcane Black Metal with a decidedly cold and Northern feel, a freezing, distant atmosphere embracing the listener, the skilled use of melody and acccessibility-facilitating ambience bringing a distinctly icy dimension to proceedings – appropriate in this permawinter of 2020, where it feels like summer will never materialise due to the newly-revealed devastating power of nature and the grip it has exerted on the self-conscious, deluded mounds of organic matter that circulate on two limbs, convinced of their own importance and central role in a greater scheme of things that of course doesn’t exist.

So there should only be coldness to reflect the nothingness…

Like the vast majority of Ancient Records related releases, this record is charged with emotion and energy. It’s majestic and loaded with lamentation (and have I mentioned the overwhelming melody?), but the lo-fi production and ghastly shrieks render ‘Svart Materia’ an evil and ghastly journey as well as an evocative and glorious one. With very obvious indebtedness to another time and place, when Black Metal was all about obscure darkness, this is essentially a very good atmospheric BM album with two feet planted firmly in the past and two bony fingers pointed up at progress.