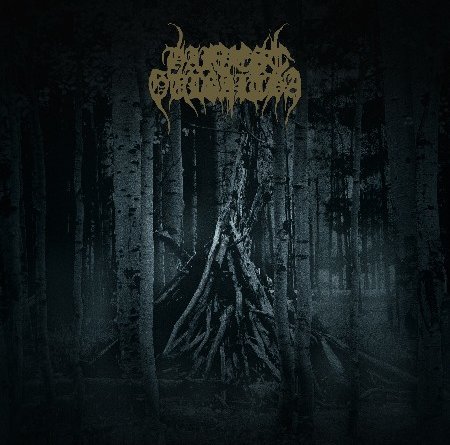 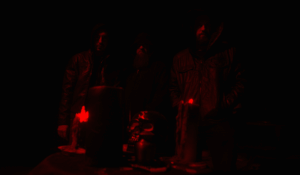 Fittingly, it is with neither hype nor fanfare that Harvest Gulgaltha re-emerges from the deepest recesses of the underground armed with a fearsome hybrid of decadent death and foreboding doom. Certainly not conceived to reinvent or progress anything, ‘Ancient Woods’ sounds reassuringly familiar upon the very first exposure and is all the better for it.

The effectiveness and power of Harvest Gulgaltha resides within their ability to accurately reproduce a particular atmosphere, one that those who appreciate the weight and merit of oppressive, crawling, crushing Black / Death will perhaps never tire of.

The fifth (and longest) offering from seven, ‘Primal Spirits and Iron Serpent (Will of the Flame Pt. 2)’, is a prime example of how naturally Harvest Gulgaltha spreads lumbering, monolithic darkness and dread without much need for speed or aggression. It’s all in the sombre tone, the desperate mood, the tortured reflection. The slower the expulsion of desolate death worship becomes, the more intense it seems. To pull this off effectively requires real skill.

Harvest Gulgaltha have many potent weapons in their arsenal, foremost of which is arguably the dual vocal approach adopted to such devastating effect throughout ‘Ancient Woods’. Truly disgusting and flesh-crawling. The riffs are predominantly slow and precise, matching the precision and perfection of the drums, which sound like they were recorded inside a coffin. Everything is handled with a controlled, considered and categorical touch.

What ‘Ancient Woods’ lacks in originality it more than makes up for in terms of uncanny authenticity, creepy quality and unnerving intensity.