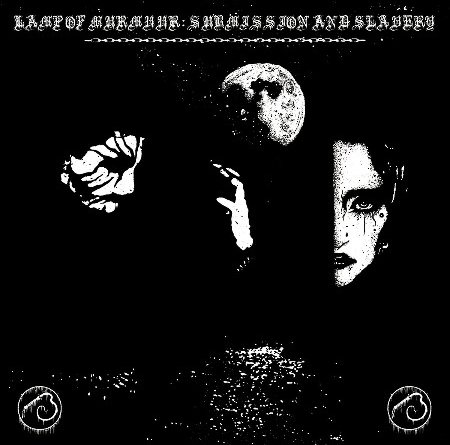 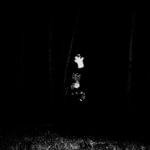 The seemingly-exponential proliferation of raw and noisy Black Metal in recent times has been such that there are almost as many bands / individuals playing this style of music as there are genders in the liberated modern world. Naturally, as infectious and charming as raw, lo-fi Black Metal is to some of us, the vast majority of those churning out the material register somewhere between mediocre and average. But there are always going to be acts that stand a cut above the rest and Lamp of Murmuur is one of those.

‘Submission and Slavery’ is the second Lamp of Murmuur full-length, joining a host of demos, splits and EPs in a discography that has swelled quickly within a comparatively short space of time (two years). Comprising five original compositions – two of which are instrumentals – and a Christian Death cover tacked on at the end, the album clocks in at an easily-digestible 33 minutes or so, kicking off with the heady eleven-minute offering ‘Reduced to Submission and Slavery’, which is packed with variety and moods, with a surprise or two (not always welcome!) to be found in the vocals department.

As raw Black Metal goes, Lamp of Murmuur is one of the more accessible and uncluttered entities. While the music and sound are undoubtedly rawer than something with a big-budget production, the instruments are not buried in the mix and everything is – within reason – clearly audible. ‘Submission and Slavery’ does have a DIY aesthetic but it’s competent at the same time, with a cool analogue vibe going on.

The cover pic pays tribute to The Sisters of Mercy and ‘80s gothic influences are very much to the fore on ‘Dominatrix’s Call’, followed by the more up-tempo, blasting and Black Metal based ‘Deformed Erotic Visage’ – the centrepiece and best song on display here. Lamp of Murmuur reminds me somewhat of a more obscure and rawer-sounding and less-focussed Leviathan, covering a lot of the same ground in terms of merging ambience with Black Metal and, despite veering off in some unusual if not unexpected directions (specifically the whole gothic thing), ‘Submission and Slavery’ is nonetheless an interesting and mostly enjoyable recording.