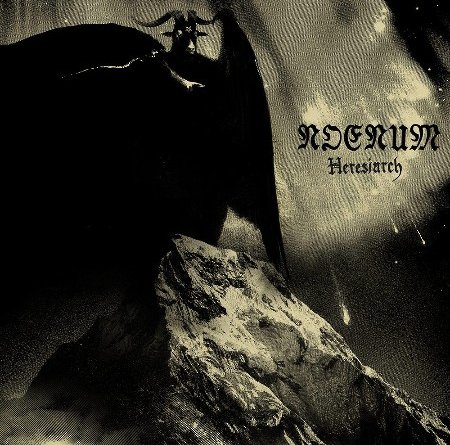 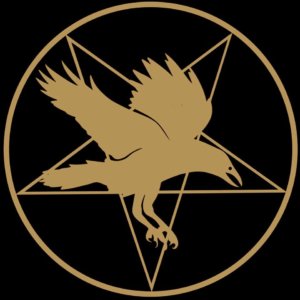 Noenum delivers a delirious dose of glorious, majestic, arcane Black Metal mercury on debut full-length, ‘Heresiarch’. What the Finnish duo achieves here is quite uncanny. While the music is essentially stripped-back and basic, Noenum possess that extra something that enables them to produce a record that nevertheless sounds fresh and relevant – and soars with devilish might – without ever straying from the tried and trusted formative formula / attitude of old.

It’s all about atmosphere and integrity on ‘Heresiarch’, where sharp, concise, simple, recognisable riffs and a medley of insidious melodies merge with ghastly, ghoulish shrieks (and the occasional deathly growl / howl) and contemptuous, sterile drums to create a frozen, otherworldly  tapestry of occult Black Metal majesty, reeking of maleficence and infused with more than a hint of melancholy. No surprise then that creators Adept and Spell are not newcomers to Black Metal but have been lurking with intent in the underground for more than two decades, previously spewing forth a demo, EP and split in 2002, 2004 and 2009 respectively as they perfected the placement of their malign gait upon what is indeed one notoriously crooked path before rousing from their ancient slumber to forge this sacred offering from bone, brimstone and coffin wood.

Sordid, malevolent and deviant, opener ‘Gates of Gehinnom’ paradoxically sounds instantly familiar but by no means derivative. The rasping, driving urgency of ‘Darkness of God’ is an exercise in black spiritual sorcery through base simplicity. Cold, evil-as-fuck Black Metal permeates the ether creating an ambushing chill. No frills, no progression – other bands must curse like disgruntled women scorned when they clap ears on this and wonder how have Noenum pulled it off. It all sounds so simple, like anybody could do it, yet, no, it takes a special talent to conjure Black Metal that equals infinitely more than the sum of the individual components.

The throat-shredding, soul-devouring vocals are of another realm and the album is solid and comforting from start to finish. In a twisted manner, the fact that I’m not loving the more-restrained denouement, ‘Sanctus Draconis’, merely serves to add to the sense of evil inherent in this work. ‘Heresiarch’ is in many respects the epitome of what Black Metal is all about, its source and legacy all encapsulated in these 42 unholy minutes. Timeless, irreverent, unkempt, uncompromising, filthy and – amid the baseness of ‘Death That Is Holy’ and the decadence of ‘Witch of the Ancient Night’ – graced with as malicious and enchanting a central diptych as you could wish to find on any record, anywhere, anytime, here at last is some genuine new (old) Black Metal art of true merit.