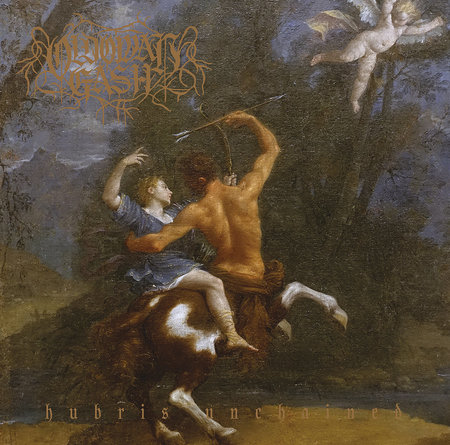 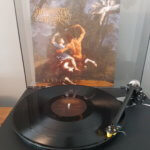 Packed with pride, passion, defiance and contempt aimed towards pitiful, weak humanity (“specks who defile the land, a wretched disease”), Oldowan Gash has with ‘Hubris Unchained’ delivered a stunning debut full-length, 42 minutes of powerful, soaring Black Metal recorded during two days in August of last year by the aptly-named lone wolf, Forlorn Spirit. In order to truly capture the imagination, music needs to be imbued with a wondrous atmosphere; bursting at the very seams with wild, feral, untamed emotion and raw passion; Oldowan Gash achieves this with ease, crafting an album that bristles with hunger, energy and rage, indifference to the fate of man a familiar Black Metal theme but always a welcome one.

These seven lamentations are victorious, triumphant, paradoxically as upbeat as they are downcast, and will make the hairs stand on the back of your neck, but it’s death they celebrate, the demise of useless humans and a rich triumph for the power and immensity of nature. It’s impossible not to be moved by the splendid, laboured majesty of the simple but haunting willing surrender to death that forms the record’s centrepiece, ‘Feral Heart’, at the end of Side A, an impassioned, pained plea for the end, longing for the embrace of a leafy grave.

Atmospheric, blood-pumping and blood-gushing Black Metal rains down from on high, bitter vocals laden with anguish and mourning crudely administered with a curled lip, arboreal drums beating a ghastly pulse, frenzied riffing slashing like razorblades on pale skin, ‘Fortress Of Ignorance’ providing a cacophonous, intense, rampant and infuriated finale, with even more subtle melodies injected into the maelstrom serving as timely reminders that the end of man and of ignorance is in fact no bad thing, infectious with jangling bass and swirling riffs after penultimate track ‘Baffling Territory’ elevates the spirit in the manner of second cousins Akitsa or Pagan Heritage.

I’m not sure whether the giddy parting shot represents an attack on deluded society in general or is perhaps aimed towards the folly of religion, but either way it provides a commanding, emphatic climax to ‘Hubris Unchained’ – an exhilarating album which is both musically and lyrically impressive, the vinyl edition particularly appealing as it looks and sounds superb, with the lyrics printed on the insert for the listening nihilist’s careful inspection.