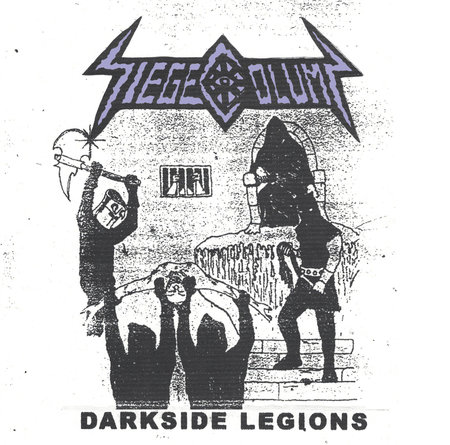 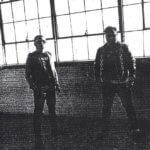 When Death Metal first reared its ugly head, the air was filled with the stench of filth and grime … and death. It was in many ways the antidote to lame and safe music, if not to Heavy Metal itself. Back then, seeking out and listening to the latest offerings from trailblazing acts like Death, Obituary, Morbid Angel, Dismember, Autopsy, Carcass, Cadaver and Repulsion was an experience to be treasured. Something new and exciting was taking place and it seemed to be spilling over into our ears from the sewers themselves. Things appear different today, but some bands manage to seamlessly tap into that ancient gore and decadence of times gone by, Siege Column definitely being a prime example.

This dedicated American duo wear their passion for the foulest aspects of old school Death Metal on their sleeves. It’s in their songs and it’s in the sound of their songs. No polished production to be found here. ‘Darkside Legions’ feels like it was recorded live in a crumbling shed full of dead bodies decades ago and transported to the present, gift-wrapped in skin flayed from some other corpses.

Siege Column’s sophomore full-length comprises nine ghastly odes in total, averaging four minutes apiece, and despite having both feet planted firmly in the graveyards and dark alleyways of the past it is also imbued with a fresh vibe, perhaps due to the organic, enthusiastic authenticity of every delirious moment. The hideous dual vocals are sick as all fuck, countering the subtle melodicism of the music which generally flies around the place recklessly with all the intent of a blunt hammer. The short, slick solos; the gnarly riffs; the punishing drums … all dripping of blood and belligerence.

It’s difficult to imagine anybody with an appreciation of the rich history of Death Metal not enjoying ‘Darkside Legions’ – an album which puts so many of the classic albums and bands into one huge, blood-soaked blender (with a few more dead bodies, of course) to conjure something strangely original and unique for all the obvious nods to the inglorious past. To lazily pull out an oft-used cliché: the more things change, the more they stay the same. But slightly different and greatly welcome.