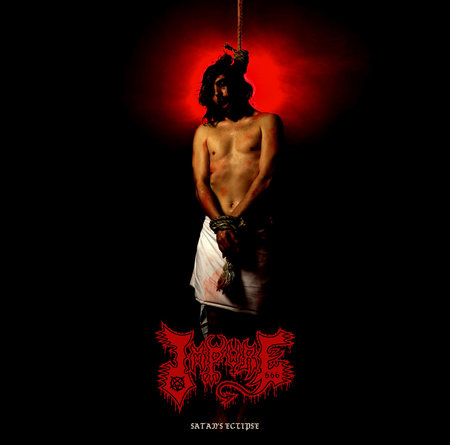 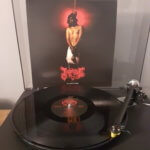 Comprising fiends assuming the glorious pseudonyms Horned Father of Desecreation (vocals, drums) and Satyrannical Lord of Assault (handling guitar and bass duties), it was no surprise that Impure’s wonderful debut full-length, ‘Satan’s Eclipse’, ejaculated forth twelve blasphemous hymns in the vein of Finnish purveyors of filth Archgoat and Beherit and US compatriots VON and Profanatica, mostly delivered at mid-pace over the course of 38 sick and depraved minutes, the tempo (and temperature also) rising mercilessly at times.

With buzzing riffs, hammering drums and ghastly growls of the damned, ‘Satan’s Eclipse’ is certainly a very proficient example of this particular style of uncompromising Black / Death Metal, an album which announced Impure’s arrival as a band worth keeping a close eye on. Thanks to the production skills of none other than Dismember legend Fred Estby, it sounds perfectly underground and deathly with just the right amount of penetrability.

While this is by no means a new release, it is one that slipped under the radar to an extent, even though it’s vastly superior to many of the mediocre records that are hyped as the next big thing just because they are released on an influential label or by pretenders with a strong social media presence. ‘Satan’s Eclipse’ is potentially going to be remembered in decades to come as an unheralded classic.