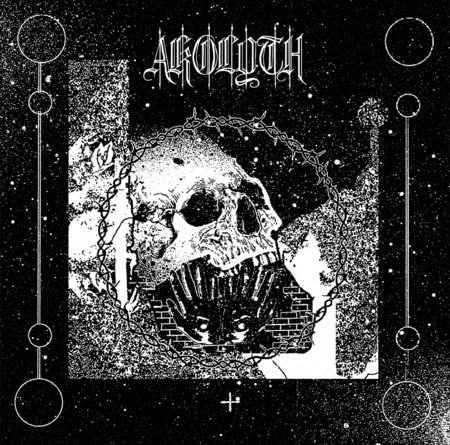 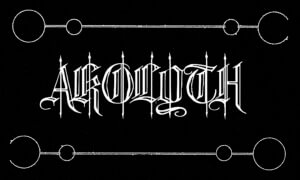 In the best tradition of underground Black Metal, the identity of the individuals behind Akolyth has not been made publicly available. Shielded from such inane information, we can focus on the music alone. Four ferocious tracks, each with a running time in excess of nine minutes, constitute a memorable and thoroughly enjoyable self-titled debut full-length recorded in Brussels and plucked from otherwise obscurity by Amor Fati Productions.

It’s the frenetic, fevered nature of the second offering, ‘The Night, The Fog’, with its incessant, pummelling drums, groovy guitars and sicker-than-sick vocals that drew me in. This is a highly contagious track, raw and crude but with the uncanny ability to worm its way into subconsciousness. Horrific utterings laid bare; terrible and traumatic as it should be.

The spirit of Black Metal’s forefathers is alive and unwell on ‘Akolyth’, a nostalgic but powerfully fresh journey through ancient woodlands, crumbling edifices and splintered spheres. Channelling genuinely decrepit decay and decadence in an unsettling manner, the mysterious ones spirit into our ears a harrowing and disturbing album, their ability to set the tone and create the right mood allowing them to predominantly play at mid-pace and still conjure chaos and corruption.

The songs never drag, despite their generous length. Indeed, to the contrary, they tend to improve as they progress, with structure and pacing ensuring an unforgettable experience each time, like an unfolding story. All things considered, this is unexpectedly addictive and gratifying – an example of how the best music doesn’t have to be overly technical or complicated provided the creators are imbued with good old song-writing craft and the ability to accurately execute their vision.