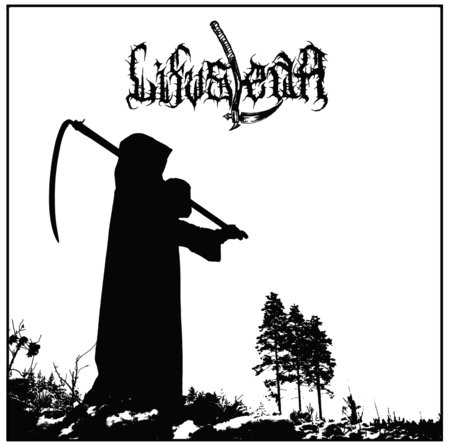 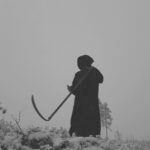 Although patently paying homage to the grim mayhem of Black Metal’s infamous Nordic genesis, ‘Det Besegrade Lifvet’ – the debut full-length from mysterious, anonymous Swedes Lifvsleda – sounds neither derivative nor uninspiring. To the contrary, this 40-minute album represents a worthy, memorable and contemporary collection of dark odes, its tone and timbre steeped in the plague, pestilence and decadence of yore.

The nine hideous hymns that make up ‘Det Besegrade Lifvet’ reek of cruelty and corruption; horrible, filthy and forlorn visions awash with melancholy, one foot in the past, one boot in your face, no hope in the present. Like an unstable Armagedda, Lifvsleda’s desperate reflections are ominous, mournful and laced with deadly poison. The album is crushing, due to its weighty content as opposed to aggression or speed. One can almost feel the cold hand of death wrapped around their throat, starting to squeeze.

Black Metal has been diluted terribly over the decades by a deluge of drivel that’s neither dark nor dangerous. But thankfully albums still come along that keep the original flame alive. Melodic but nevertheless imbued with menace, ‘Det Besegrade Lifvet’ is one of those, its invocations – forged in death and decay – a timely reminder perhaps that the contagion of life is the only thing worse than death’s sickly sweet embrace.