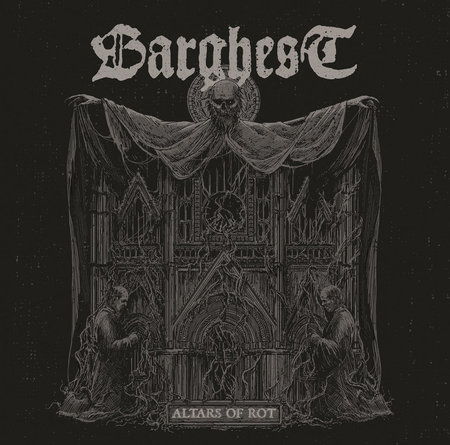 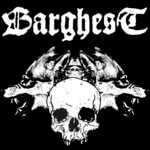 Hatred, contempt and misanthropy reign supreme on ‘Altars Of Rot’, the third full-length from infuriated US quartet Barghest. Black Metal was built on foundations of nihilism and negatively (or so I like to believe) and, while this has been diluted greatly over the decades to the point where some so-called Black Metal is barely comparable to the rotten roots of the subgenre, there are still many bands who adopt an unapologetically violent and uncompromising approach.

Abrasive and fuelled by naked resentment, Barghest is one such act. The lyrics are thoughtfully composed, revealing vitriol for the pathetic state of humanity, plagued by ignorance, greed and adherence to religious dogma. Pointing out that there is neither a heaven nor any good people on earth, ‘Altars Of Rot’ is packed with revulsion and disdain, sparing nothing and nobody in its relentless onslaught.

Barghest’s music is harsh, jarring, shredding; scorching riffs flaying all in sight, drums crashing and smashing, ominous bass quivering, quaking and vibrating through anything that isn’t nailed to the floor, while those vengeful, rasping vocals reflect unadulterated abhorrence and antipathy. All in all, this is a suffocating, claustrophobic and draining experience, so unnerving and unsettling that it’s a small mercy the album is reasonably short at 33 minutes. Much more than that and you would have to be scraped off the floor.

Negativity and loathing in music are as refreshing as they are welcome. Surrounded by filth and corruption, it’s naive in the extreme to hold an optimistic worldview and Black Metal works best when it’s railing against the injustices, futility and stupidity of the world we live / exist in. As social commentaries go, ‘Altars Of Rot’ is bang on.