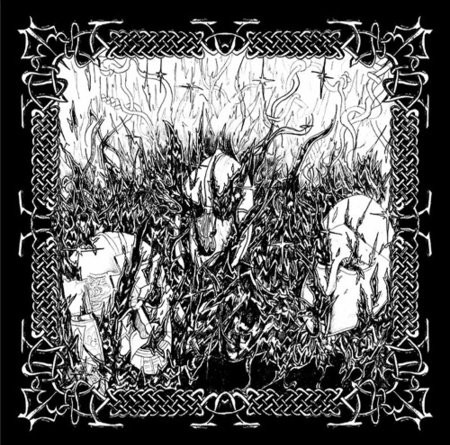 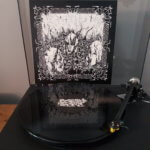 There’s almost 34 minutes of music on this superb split LP which – in the best tradition of raw Black Metal – boasts some beautiful, thought-provoking song titles that roll off the tongue and paint glorious pictures. The first of the three offerings from Borda’s Rope, for example, is called ‘Shining Moon Over Their Watery Graves’ while, with ‘Burning Spectre Of The Sacrilegious Ode’, Geheimnisvoll proves that he too has a penchant for wonderfully poetic, descriptive designations.

The increasingly boutique nature of raw Black Metal in recent years – with dubious labels popping up all over the place and shifting their wares though limitation rather than quality – is disconcerting, but thankfully there remains a large amount of quality music being produced and made readily available to those with a genuine interest. The very best raw Black Metal has the ability to be dramatic and infectious as well as harsh and abrasive, with both these bands fitting comfortably into this category.

Borda’s Rope have yet to disclose either their names or their location, instead letting the music do the talking. Their side of the split sounds like it could conceivably have been recorded in a cave, the eerie and sinister riffs, primitive drumming and evocative, haunting, at times unhinged vocals combining to produce an outcome that is simple and minimalist but also effective in achieving what it sets out to achieve via the skilled creation of a perfectly ominous and negativistic atmosphere.

On the other side of this impeccable record, Geheimnisvoll’s grim rawness is just as evident, although tempered by the sparing use of keyboards, which add a sense of mockery and disdain to the torment, the deceptively melodic riffs and subtle rhythms accompanied by tortured howls and rather repetitive, hypnotising drums, all combining to create authentic underground Black Metal of the highest order.