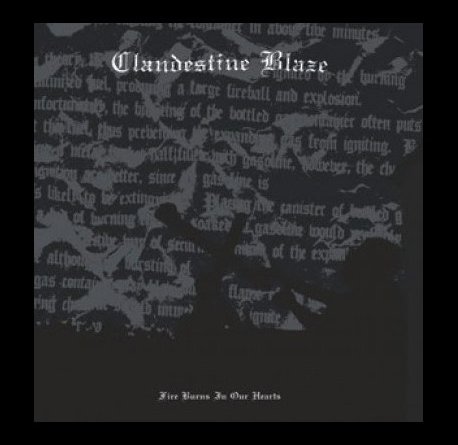 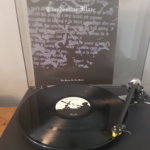 The Black Metal landscape was relatively unbastardised when Clandestine Blaze struck with debut full-length ‘Fire Burns In Our Hearts’ before the turn of the millennium. Drawing largely from the material presented a year hitherto on ‘Promo ‘98’, Mikko Aspa delivered six uncompromising assaults on the senses bookended by an equally corrosive and abrasive intro and outro.

The music is of an almost demo-like quality – especially compared to more recent CB material – but it is still unmistakably Clandestine Blaze. A little rawer and more basic than ‘City Of Slaughter’ or ‘Tranquility Of Death’ but no less compelling. Every release in the Clandestine Blaze discography is unique and the debut album has obvious historical significance.

Some 22 years later, ‘Anti-Christian Warfare’ still stands proud as one of the finest tracks released under this moniker. It is both musically and lyrically superb; the glorious image of hanging priests and nuns crassly impaled by crucifixes tends to stay with you. However, the album as a whole is a powerful statement from an entity and individual who would go on to become one of the most single-minded promoters of counter culture.

Clandestine Blaze can conjure a disturbing and nightmarish atmosphere regardless of the pace being deployed, ‘Children Of God’ a solid example of a track where the tempo shifts yet the levels of sheer depravity remain consistent. Even though this is the work of a man who was only at the beginning of his musical journey, it is still vastly superior to 90% of the so-called Black Metal being shat out today.