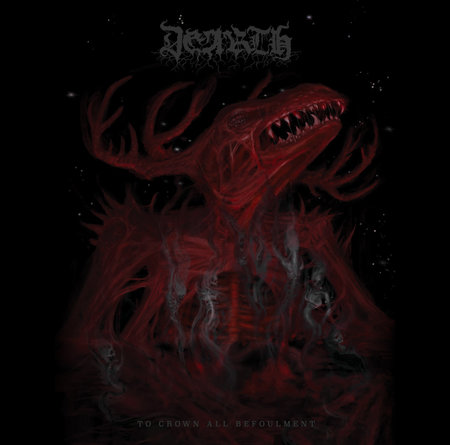 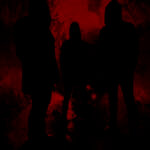 The hit is merciless and instantaneous, ‘Writhing In Cellophane Cages’ erupting through the quivering speakers with ominous intent, immediately confirming that nihilistic Californian devastators Dearth have delivered an immense debut full-length. For the next half an hour there is no let-up whatsoever as the bestial, sonic annihilating tar of ‘To Crown All Befoulment’ contemptuously eradicates all in its path, making light of the weak pleas of the wretched.

Though pulverising and unforgivingly violent, the album also displays an understanding of restraint and pacing at timely junctures along the way, the variety and dynamism that ensues a key part of Dearth’s surprisingly-sophisticated arsenal. Combining the intricacy of Deathspell Omega with the crushing, oppressive intensity of Dead Congregation, ‘To Crown All Befoulment’ is as impressive and cataclysmic an opening assault as you are likely to encounter.

Enraged screams and guttural growls that could unsettle even the most seasoned Death Metal enthusiast merge with pummelling, incessant, drums and shredding, contorted riffing to produce a truly horrific – yet beautiful – soundscape. And, while proceedings are complex and intricate, somehow each shattering blow lands squarely on the jaw, the fourth flattening track, ‘Death Sown in Polluted Soil’, for example, impossibly involved yet all in its right place, the controlled chaos channelled precisely into the eardrum and into the brain.

The music is not only violent and barbaric in the best tradition of fierce Black / Death Metal … it’s also infectious and instantly memorable, displaying exceptional creativity and lethal, cold execution. This is a record that nobody could possibly regret buying.