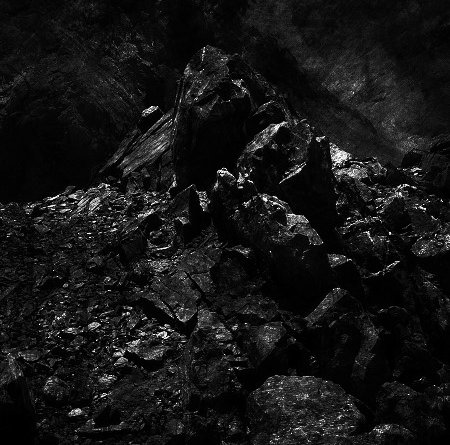 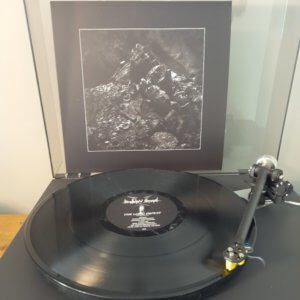 The third era of Deathspell Omega commences with ‘The Long Defeat’, which contains a curveball or ten and is a challenging, divisive and at times perplexing full-length listen. ‘Enantiodromia’ is unmistakable Deathspell Omega and most things are as we would expect them, but the conspicuous absence of Mikko Aspa on vocals remains jarring even months on. Okay, all things must change and Arioch does a fantastic job, but something is lacking…

If ‘The Long Defeat’ continued in the same vein quality-wise and stylistically as ‘Enantiodromia’ then it would have been a resounding success. That song is a monstrous offering and what’s wrong with evolving in such a monstrous direction? Despite an early nod to Alice In Chains, the second track, ‘Eadem, Sed Aliter’ – with M. from Mgła on vocals now, I believe – is also excellent and, considering that at 21 minutes on aggregate these two openers take up almost half of ‘The Long Defeat’’s total running time, we are well on the way to a winning return from one of Black Metal’s most mysterious and discussed entities.

Over the past 22 years, Deathspell Omega have released an unparalleled series of stellar records, including some of the most important ever, so the hype surrounding this band in the Black Metal underground is more than justified. Pretty much everything they turn their hand to is quality, including this newest release, for the most part. The concept and lyrics are typically elaborate, dealing with metaphysical abstractions beyond the comprehension of mere mortals like me.

The biggest problem with ‘The Long Defeat’ is that it tails off and deteriorates as it progresses, with the best songs coming early and the second half of the album markedly less interesting and vibrant than the first (although ‘Sie sind gerichtet!’ is a real worm in the ear). It’s also more melodic and accessible than expected, which is an unfortunate development. The switch from Mikko’s familiar vocals – which fitted the band’s music perfectly – to a multi-vocalist approach is not an improvement. So, it’s still a new Deathspell Omega album and both intriguing and worthy of your time but none of the things that have been changed have succeeded in improving anything.