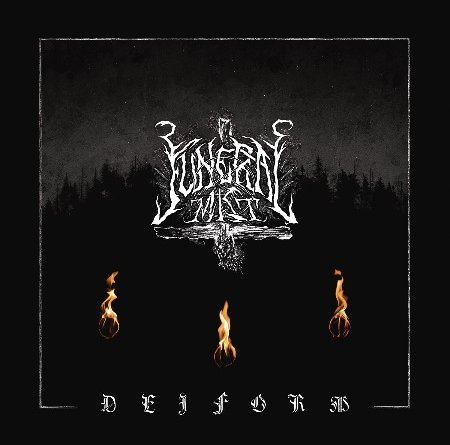 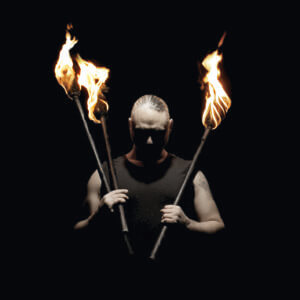 With neither warning nor fanfare, Funeral Mist’s consistently-brilliant discography is boldly bolstered by the unannounced arrival of fourth full-length, ‘Deiform’, featuring 54 minutes of complex, frantic and adventurous Black Metal mania, delivered in an inimitable style that is instantly recognisable yet, as always, tweaked and refined just sufficiently to render it new and fresh. This is one of the uncanny anomalies with Funeral Mist: while Arioch has over the past two-and-a-half decades successfully crafted a trademark sound that’s all his own, each successive recording stands on its own merits as something different, belonging to a particular time and place. A paradox perhaps but, although ‘Deiform’ is unmistakably Funeral Mist, it accentuates this unique entity’s unnerving ability to not make the same album twice, albeit whilst invariably plundering inspiration from the same deep, black well.

The terrain is reassuringly familiar from the outset, the divine blasphemy that ushers in ten-minute opener ‘Twilight of the Flesh’ quickly giving way to a stampede of unrestrained violence as the church boundaries are breached and faith-extinguishing darkness is unleashed with frenzied, contemptuous glee. The tempo shifts seamlessly and with spontaneous ease but the tone is forever discomforting. With sinister choral accompaniments, ‘Twilight of the Flesh’ radiates black-mass defilement, a suitably corrupt and deviant start to a journey that continues along a twisted and tormented path throughout.

The album’s shortest offering, the swarming, ravenous ‘Apokalyptikon’, follows its longest one and it doesn’t take long at all to realise that Funeral Mist has conjured a fourth successive full-length masterpiece – another record which will stand up solidly to multiple repeat listens. Arioch’s knack for merging blistering aggression with devilish melodicism and innate memorability never ceases to amaze and there are ample passages on ‘Deiform’ that lodge in the mind, none more so than the deranged chants at the end of ‘In Here’.

‘Children of the Urn’ is as outright disturbing and strangely beguiling as it is punishing, laced with samples to heighten the sense of malevolence and dis-ease, culminating in a moshing maelstrom of melody the likes of which I don’t recall encountering before from this act. The Heavy Metal guitars in the mid-paced, hugely-atmospheric and hypnotic title track – one of four songs to either encroach upon or surpass the nine-minute mark – are also a new addition. Indeed, ‘Deiform’ constitutes the most radical departure from the tried-and-trusted, established Funeral Mist sound and it is a resounding success.

Complementing compositions that are outstanding, the musicianship is also immense from start to finish and of course that dexterous, multi-toned, multi-dimensional, thoroughly-possessed voice reminds us that, in addition to being a gifted songwriter and multi-instrumentalist, Arioch is undoubtedly one of the truly great Black Metal vocalists of this era or any other. Worth mentioning too that Lars B.’s drumming on this recording is nothing short of extraordinary. Experimentation giving way to a climactic explosion of utter devastation, ‘Into Ashes’ provides a poignantly scorching and obliterating finale to another immersive and engaging album from an artist who never disappoints.