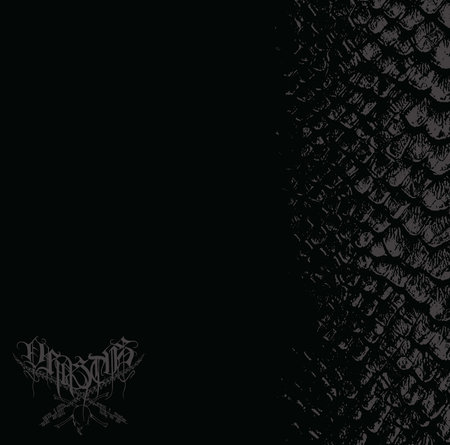 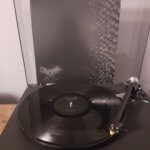 Having made an indelible mark with last year’s wonderful sophomore full-length, ‘La Croix De Sang’, Drastus goes back in time for ‘Venoms’, a stunning double album collating twelve previously-released tracks culled from 2006 EP, ‘Taphos’; ‘From The Womb Of Ferocious’ (a 2005 split with C.Y.T and Hostis); and the stellar debut album of the same year, ‘Roars From The Old Serpent’s Paradise’. In total, there’s almost an hour-and-a-half of high-calibre occult Black Metal to be digested across two records and this is a release that should be gobbled up.

Drastus resides in the deepest pits of the underground, with no social media presence or promotion of any type. Here’s an evil, ferocious, powerful, impressive one-man act prepared to let his music do the talking. As far as I’m aware, there wasn’t even an announcement that this compilation was imminent – it just seemed to arrive from nowhere, without warning.

Although the material is drawn from three different releases, it goes together almost seamlessly, perhaps due to Drastus’ unique and rather crazed approach to song-writing. In truth, you never know what’s around the corner… except that it is going to be evil as fuck. The full-length is up first, some of the highlights being the enchanting ‘Raging Spectra’ and – at the start of Side B – veritable epics ‘Phtisique’ and the haunting ‘Taphos’, which clock in at a whopping 25 minutes between them, delirious chaos abounding throughout.

On Side C we get the frighteningly-ominous 20-minute ‘Taphos’ EP, comprising ‘Flow Divine’, ‘Columns Of Decline Part I / II’ and ‘Sacrifice For The Unity Of Flames Part I / II’, with trippy orthodox, cosmic leanings presenting further evidence of the sheer quality of a criminally under-rated act. As a whole, this double album presents a comprehensive look at the pre-‘La Croix De Sang’ history of Drastus, going back a decade-and-a-half, and it really is a thrilling ride.

Needless to say when it comes to Norma Evangelium Diaboli, the pressing itself is of the highest possible quality and the records come in a glorious gatefold jacket with lyrics included, so there’s plenty to look at as well as to listen to.