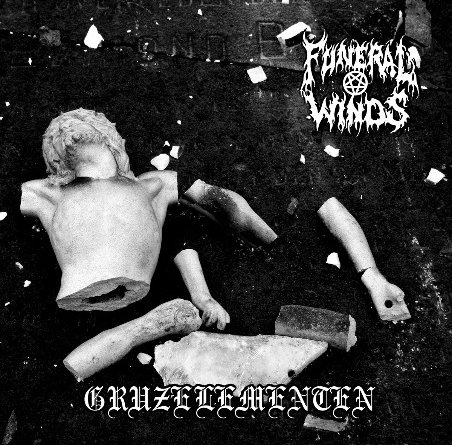 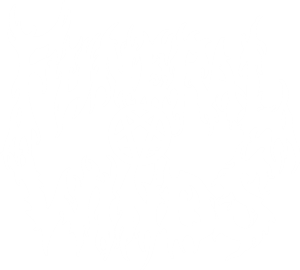 ‘Gruzelementen’ is the sound of uncompromising, unapologetic underground Black Metal fury. For 30 years, Funeral Winds has remained loyal to the spirit of dark and hateful Black Metal vitriol, travelling resolutely down the left hand path with no consideration for fads, fashion or popularity. The kind of unswerving dedication that should meet with the approval of all of us who appreciate the importance of blasphemy and adversary in this often-bastardised-beyond-recognition subgenre.

The sixth Funeral Winds full-length followed hot on the heels of the fifth (‘Essence’ having been unleashed in 2020) and once more this album reflects the dark vision, devilish creativity and flawless execution of Hellchrist Xul, who has been busy since the outbreak of the Flu World Order. He wrote, performed and recorded all the material – six projectile vomits of corrupted, cursed Black Metal malevolence that hark back reverently / sacrilegiously to the early ‘90s.

Cold malice permeates every pore of ‘Gruzelementen’. Hellish, wrathful and fuelled by hate, the atmosphere is unsettling throughout, with the emphasis clearly placed on generating a consistently sinister mood as opposed to hoodwinking the listener with variety or unnecessary nuance. So we are served six shrill and hateful helpings of raw-ish, traditional Black Metal with wicked melodies and a foot placed firmly in an era when Black Metal was more about venerating Satan than campaigning for social justice or virtue-signalling on Reddit.

Funeral Winds is more concerned with spreading darkness and celebrating pure evil, ‘The Sword of Satan’ – a powerful and evocative ode to His majesty – closing ‘Gruzelementen’ on a suitably besmirched note while ‘Lunar Darkness’ is another decidedly deviant and worthy-of-special-mention offering at the altar of sacrifice.