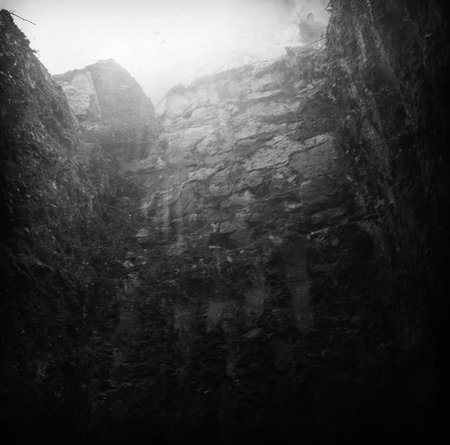 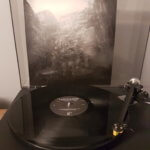 ‘Tak Jsem Ji Přizval K Sobě’ is an unapologetic throwback to days gone by when a large percentage of the most obscure and mysterious Black Metal came from the eastern side of Europe. Rather than reinventing the wheel, Kult Ofenzivy are content to offer forth wholly derivative and familiar-sounding music that belongs in the past. Which, to my lost mind, is not a bad thing at all, actually.

Here we have another brief and crude ambush from these anonymous, enigmatic Czechs. Although formulaic and unremarkable in many respects, it could be argued that the album stands out because it refuses to stand out.  Ambition is limited and there is no attempt to progress the subgenre or inject any unique traits; to the contrary, ‘Tak Jsem Ji Přizval K Sobě’ is all about crafting the true, cold, nihilistic Black Metal spirit of three decades hitherto. A feat which is accomplished.

So we are given five tracks of straightforward, grim, monochromatic Black Metal, simplistic musicianship effectively creating an obstinate mood while lifeless vocals joylessly emit strange and vague lyrics in the native tongue. A sense of despair and hopelessness prevails throughout, ‘Tak Jsem Ji Přizval K Sobě’ – certainly not an album you should reach for if you’re seeking an uplifting experience.

While in truth it is becoming increasingly difficult to make a case for standard Black Metal records that to a large degree go through the motions,, this is still a sound that is of tremendous historical significance. Again, Kult Ofenzivy have kept things short, minimising the chances of ‘Tak Jsem Ji Přizval K Sobě’ outstaying its welcome. Out with the new, in with the old probably sums it up.