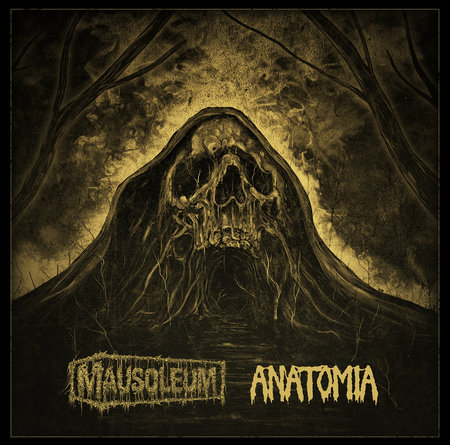 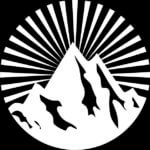 Still no sign of a follow-up to Anatomia’s spectacular third full-length, ‘Cranial Obsession’, which was released in 2017, but Japan’s most-putrid purveyors of prime, miserable slow death / doom have since then continued to lend their grubby hands to a series of excellent splits, including this one in conspiracy with US gorehounds Mausoleum. Anatomia contributes almost 20 minutes of skin-stripping, heart-stopping, soul-crushing horror to this album – three outstanding tracks that on their own are more than worth the price of admission.

As the reassuringly-familiar-sounding titles suggest, ‘Mangled Flesh’ and ‘Rotting Innards’ gleefully deliver a churning consignment of choice sick and twisted depravity, with the trademark Anatomia penchant to slow things down to a nauseating level of morbidity announcing itself not long into the latter, which devolves into a dismembered, disturbingly-nightmarish propulsion of crawling, filthy death with a gloomy, doomy atmosphere, crafted by masters of their morose art, the subtle use of ghastly keyboard adding to the gathering sense of disgust and dread.

‘In The Crypt’ is an agonising ambient piece, really. Less crude than a typical Anatomia offering but no less disturbing, it provides a menacing and haunting denouement to this side of the split, demonstrating that horror can be manifested in a myriad of forms.

For their part, meanwhile, US zombie cult Mausoleum also come up trumps, spewing out four rancid odes to death and decay with a very distinct Autopsy vibe (as well as a strong hint of Mortician), which is always welcome. The music on this side makes you simultaneously want to retch and smile, delightfully disgusting, face-ripping and fun, ‘The Dark Abysmal’ particularly powerful and memorable.

While any release with Anatomia’s name on it is worth purchasing, Mausoleum are not here to make up the numbers and this is a fantastic journey from start to finish.