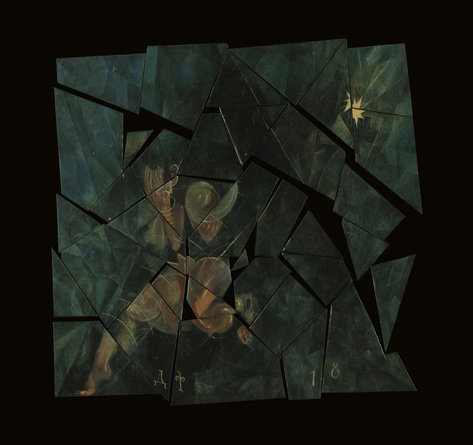 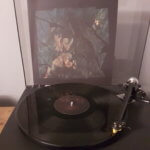 It’s quite difficult (for me, at least) to elaborate much beyond pointing out that Venus Star’s fifth full-length recording, ‘Calling All Lokas’, is very good indeed. Possibly that is because this Finnish one-man band is something of an outlier in the Black Metal world, not easily pigeon-holed or categorised as either one thing or the other. Stubbornly, Venus Star explores an oppressive and somewhat sombre no-man’s land, not quite experimental nor atmospheric but not raw, raucous, depressive, grim nor traditional neither.

But there’s no identity crisis going on here. To the contrary, Venus Star is decidedly comfortable residing in its own unique skin, gravitating between upbeat and downbeat passages, often changing mood more than once within one song, ‘Heaven Yard’ and the title track being obvious examples of this.

Ultimately, although ‘Calling All Lokas’ could not accurately be described as negative or nihilistic, the mood invoked is a dark one, instilling a rather bleak and dismal feeling in the listener. Some of the soundscapes conjured are soothing but this is probably a clever inversion. All in all, this record is enigmatic and unusual – somewhere between eclectic compatriots Dead Reptile Shine and a less-depraved Ride For Revenge, perhaps – in keeping with Venus Star’s deliberately low-key and beneath-the-radar status.

The fetching vinyl edition includes an insert with the lyrics, which are suitably vague and mysterious but intriguing. A fine release, well worth acquiring.