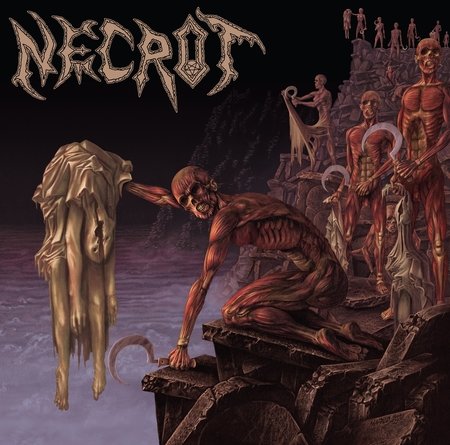 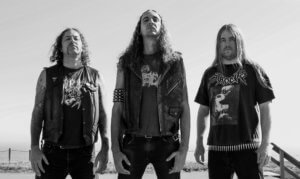 While Necrot’s second full-length, ‘Mortal’, is good old-fashioned Death Metal to the core, with violence and disgust pulsing through every fibre of its being, it also brings a little bit extra to the pulsating pummelfest by way of thoughtful, reasoned lyrics. Nihilistic, angry and bleak their worldview may be, yet there’s something intangibly vibrant and enriching about this intriguing 38-minute offering, comprising seven tracks in total, concluding on a dizzying high with the lengthy, hypnotic title track.

Eight-and-a-half minutes long, ‘Mortal’ is a song that will stay with you, both musically and lyrically. The compositional powers and musical prowess of Necrot are evident in abundance, while the subject matter dealt with is about as heavy and unsettling as we could wish for. Everything will die, fade from existence, disappear from memory. Young and old alike will be eaten by worms; our existence is an illusion. Thus, it’s all pointless. Death will spare none of us.

But there’s so much more to digest throughout the album, from the stompy, moshy catchiness of ‘Sinister Will’ to the old school gore with a twist of opener ‘Your Hell’, the smart Heavy Metal solo towards the climax of ‘Asleep Forever’ and the barely-concealed contempt for humanity that is ‘Stench Of Decay’. Surrounded by disgusting, power-hungry, ignorant beings, our nostrils are filled with this stench on a daily basis.

Alluding to the enemies of mankind lurking unseen, the penultimate track, ‘Malevolent Intentions’, reminds me of the kind of sociopolitical commentary delivered by Immolation around the time of ‘Shadows In The Light’. It’s another excellently crafted song, adeptly executed, contagious riffing, merciless drumming and venomous vocals dovetailing delightfully to conjure a truly memorable composition.

And then, as a parting shot, we get the aforementioned ‘Mortal’ itself – a magnificent, monstrous Death Metal anthem – infectious, mesmerising and head-bangingly good. Within the obvious constraints of Death Metal, there’s a large degree of variety to be enjoyed not just across the album as a whole but also within each individual song. The production is exceptional, allowing the instruments to shine through like sharpened blades in all their gleaming glory. Stunning artwork completes a top-class package, Necrot proving that they are now a force to be reckoned with.