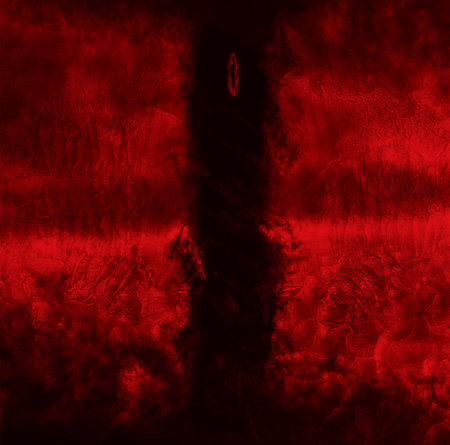 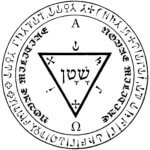 Three years on from their exceptional debut full-length, ‘Gash’khalah’, the anonymous fiends behind uncompromising ultra-orthodox French Black Metal force Novae Militiae strike once more with a spectacular follow-up, ‘Topheth’. Again, we are treated to eight ugly assaults dispersed across more than 50 ferocious, fiery minutes, the blazing battery supplemented by occasional ritualistic, ambient passages to offer variety amid the maelstrom of blistering chaos, Novae Militiae never straying one millimetre from the left hand path as they guide us towards decadence, corruption and rapture.

Including reworkings of ‘Affliction Of The Divine’ and ‘Faithfully Reduced To Ashes’ from the band’s first-ever release – the 2011 mini album ‘Affliction Of The Divine’ – ‘Topheth’ is a searing and scorching affair, full of hatred and contempt, a boot to the face of organised religion and a powerful, brilliantly-executed album that will test the capacity of any speaker system. As the riffs slice and sever, raging vocals convey utter disgust, drums smashing and crashing, intent on wreaking havoc in the kingdom of the deluded.

The two ambient tracks are worthy of special mention as ‘The Call Of Aeshma’ and parting shot ‘A.R.F.A’ may assert to provide some shelter from the unstoppable storm but they are in fact unsettling and unnerving offerings in their own right, beautifully crafted interjections that are haunting, disturbing and just pure evil. Certainly, their inclusion doesn’t disrupt the flow of the album in any way. In fact, they successfully add to the heightening sense of dread that builds from the moment ‘Towards The Sitra Achra’ announces its unholy arrival and continues to surge ominously throughout the duration of Novae Militiae’s wonderful sophomore album.

Although many of the songs are obviously quite similar as complex, brutal Black Metal invariably sounds claustrophobic and crushing, Novae Militiae are nevertheless dynamic enough to keep things interesting within this limited template. This is one of those albums where you don’t want to be dipping in and out listening to bits and pieces at a time. Digested as a whole, ‘Topheth’ reveals its full devastating power – a cataclysmic, cleansing journey to the darkest corners of the human mind, where no god or advocate of a god has any right to linger.