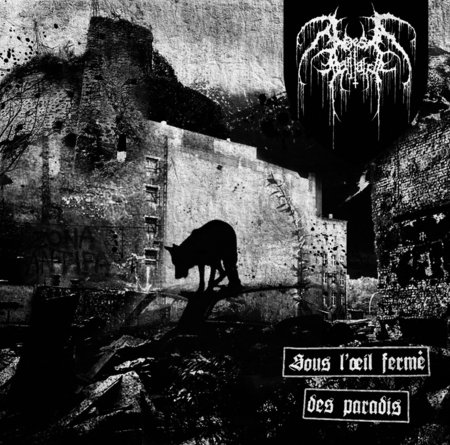 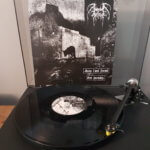 It’s almost impossible to accurately critique or assess Oes Galliath’s first and final full-length, ‘Sous L’œil Fermé Des Paradis’, without being able to place it more succinctly than I can within its cultural, ideological and historical context. Like many other French Black Metal bands, Oes Galliath exists inside very precise literary and symbolic confines, which renders their message lost on a mere mortal such as myself, lacking the knowledge or intellect to grasp and understand what it is that inspires such abstract, emotional art. Suffice to say, this is challenging.

On the surface at least, it feels like the Parisians are mourning and lamenting the loss of an old / ancient way of life, challenging the listener to shake off the chains of enslavement and break free from the omnipresent oppressor. Which feels apt in the current political climate. The music is haunting, often charged with melancholy and dark romanticism, a sense of regret and grief perceptible as we move through the eight lengthy offerings, which add up to almost an hour’s worth of sombre, introspective angst.

‘Sous L’œil Fermé Des Paradis’ merges distinctly French-sounding traditional Black Metal with melodic and acoustic passages. While the music can become quite aggressive and angry at times, it is also atmospheric and triumphant – more celebratory than miserable. The album boasts an excellent organic production which affords warmth and space to every instrument and the pained protestations, sometimes shouted, others shrieked desperately.

Even though I can’t escape the feeling that most of this is flying straight over my head, it’s nevertheless intriguing and enjoyable. There’s so much going on at once – within each song as well as throughout the album as a whole – that the music is ingrained with a mysterious aura to match the obscure, bitter lyrics:

All in all, here is an inspired, elevated and captivating recording full of rustic wonder and bursting with defiant passion. Sealing the deal, the double vinyl edition from Nebular Carcoma Records looks and sounds fantastic.