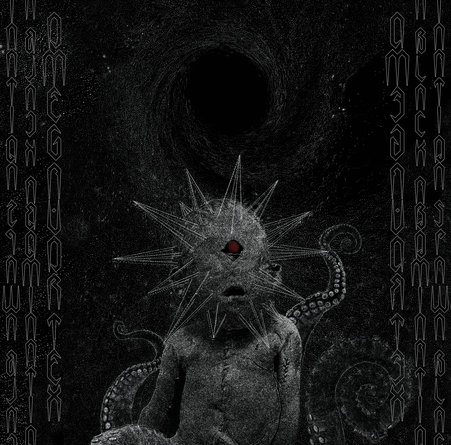 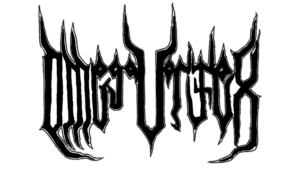 A frenzied, chaotic maelstrom of paranormal Death Metal horror, ‘Black Abomination Spawn’, the debut full-length from Omegavortex, is a visceral, vicious, violent and invigorating voyage, a plunge to the nightmarish vortex where everything becomes nothing and nothing is everything. With no consideration for restraint, the Germans bulldoze through eight warmongering attacks plus a harrowing instrumental in three-quarters-of-an annihilating hour, laying all to waste mercilessly.

The carefree and decidedly hostile haste deployed is dizzying and disorientating, Omegavortex intent on outgunning the most barbaric Black / Death hordes, onslaughts such as the irresistible, breathless ‘Violent Transcendence’ never relenting, omnipresent drum battering and furious, breakneck riffs crushing the arid air to a pulp, spilling through the speakers with the pulverising power of an exploding tank.

At times, it does feel like the drummer and guitarists are engaged in a face-off, trying to outgun one another, partaking of a speed contest to see who can go fastest. I find myself wondering are they playing different songs simultaneously, so spontaneous and disjointed seem their offerings betimes. The vocals are fittingly fierce and unforgiving, each song an exercise in eradication, titles like ‘Void Possessor’, ‘Soul Harvest’ and ‘Stellar Death’ leaving little doubt as to the dark, ominous nature or inexorable intent of what we are witnessing / suffering through.

The short and jagged riffs are almost tangible, like sharp blades knifing their way into existence, combining with an utterly manic rhythm section and inhuman rasps to summon a suffocating, slaying atmosphere, the tireless, murderous energy of ‘Black Abomination Spawn’ both unnerving and essential. Subtle as a brick to the face, Omegavortex is the antithesis of easy-listening, post-this or post-that Metal, fashioned from ferocity, channelling the blackest, deathliest matter, punishing and levelling, as extreme music should.