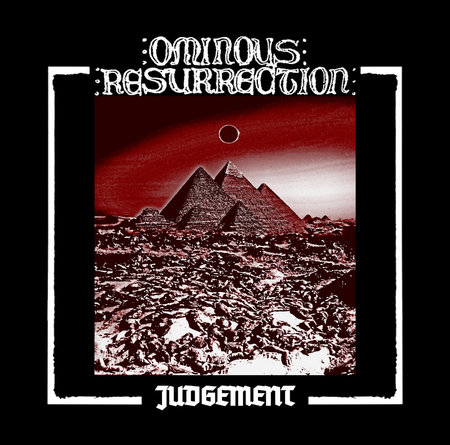 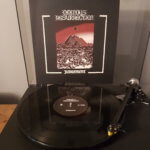 Having enjoyed Ominous Resurrection’s 2014 debut full-length, ‘Omniscient’, albeit without quite being blown away, I had sort of forgotten about the band’s existence. However, my interest was piqued anew when I learned that the unexpected follow-up would be released by non other than Terratur – a label synonymous with the very highest quality. Had I missed something first time around? Yes, seems so…

‘Judgement’ is a really exceptional slab of strange, hypnotic, entrancing Black Metal psychedelia, otherworldly emanations of the decidedly esoteric and occult nature and with interesting lyrical themes that dabble in the orthodox. Musically, however, this is not orthodox Black Metal but has more in common with the weirdness of the Crepúsculo Negro collective – and of course Agrath and Negative Plane, with whom members are shared.

Stretched across the record’s three-quarters-of-an-hour duration, the seven abstract anti-psalms offered hereon are dark and twisted but imbued with an obscure and exotic flavour that renders the album both palatable and punishing as well as unique and unusual. The strangeness lurking at each juncture, loitering on every crook – not to mention the uncanny musical prowess and inventiveness on display – elevates ‘Judgement’ to a level that has surprised me.

The result is a serpentine Black Metal masterwork that is dynamic and fresh, shifting gears frequently, the guitar playing eerie and haunting, vigorous and versatile drumming / cymbal crashing beating a mantra over everything, intensity and ferociousness colliding freely, chaotically and seamlessly with moments of restraint and melody to produce a fitful, frenzied, fragmented and fevered full-length, magisterial and supreme. I’m going to have to revisit ‘Omniscient’ because this is outstanding.