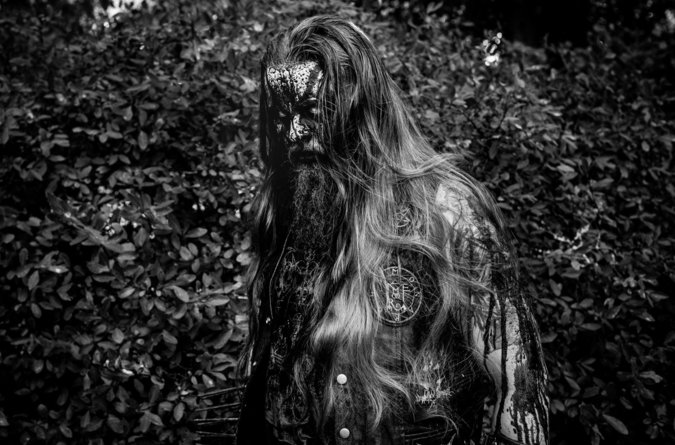 As blasphemous Finnish sect Malum prepare to flagellate the flesh of the shamed fraudster once more with six new spells drawn from the power of the plague, frontman Tyrant provides an update on the progress of the upcoming fourth full-length. We also discuss the impact of the corona hysteria on live music, the importance of free will and individualism, the tyranny of religion and breaking the shackles by simultaneously channelling Satanic darkness and Luciferian light.

The fourth Malum full-length is imminent and in some ways it marks the beginning of a new era for the band as it’s going to be your first recording with Goat Aggressor behind the drum kit. What stage are you at with the recording of this album and can you provide me with any other details about the record itself? Do you have an album title in mind yet or can you disclose any song titles or lyrical concepts? Any idea when the record should see the dark of night?
“Yeah, this is a kind of a new chapter for us because of the new drummer. So far the new material has been more primordial than before. Drums and guitars are now done (as I’m writing this) and next up will be vocals and bass. Synth related stuff will follow later. And about the album itself: I won’t even reveal the name yet but it will follow the same line we have drawn so far. This time the upcoming album sounds even more like a tribute album towards bands I have listened to over the years. We are not here to do anything new. And why should we? ‘90s Black Metal is my thing and it will never change. If everything goes right, the album should be out during early 2021, via the label Purity Through Fire.”

With plague and tyranny raging and most of the world under house arrest, I’m sure you haven’t been lacking motivation, inspiration or time to put together a new album! As a product of these insane times, is this new one perhaps destined to be Malum’s angriest and most intense offering yet? Also, what has it been like creating music in relative confinement / isolation? Have the band members been able to physically meet up and spend time together?
“I haven’t got any extra feelings about this corona shit, but the upcoming album still might be the angriest album of Malum so far, hah. About the creativity process: the music hasn’t changed because of corona. I usually do some riffs at home and after that we meet up at our rehearsal place and put the pieces together. So far we have been able to meet with the guys normally during this plague-filled season.”

Around about now, you should have been preparing to perform at the Darkness Guides Us festival in Scotland but obviously that’s not happening any more as live gigs and international travel have effectively been outlawed, to allegedly (temporarily) curb a virus that is statistically no worse than influenza. It’s difficult to understand what has become of the world and hard to fathom why the World Health Organisation and scientists have been afforded so much power, which they are essentially using to inflict tyranny on a global scale. Would it not be better in the long term to just let everybody take their chances and get on with our lives?
“It sucks when all the gigs are cancelled or postponed. It’s not affecting us that much but the gig organisers are screwed. Luckily we have already agreed to play some gigs next year but I think that we won’t see much ‘smaller’ bands like us on stage (except local gigs) at the moment. I won’t take a stand about the WHO. They are only giving guidelines like a puppet master and the states are always saying the final word on this. Time will show us how nations managed to fuck up this shit. In chaos we will lay after everything gets ‘normal’.” 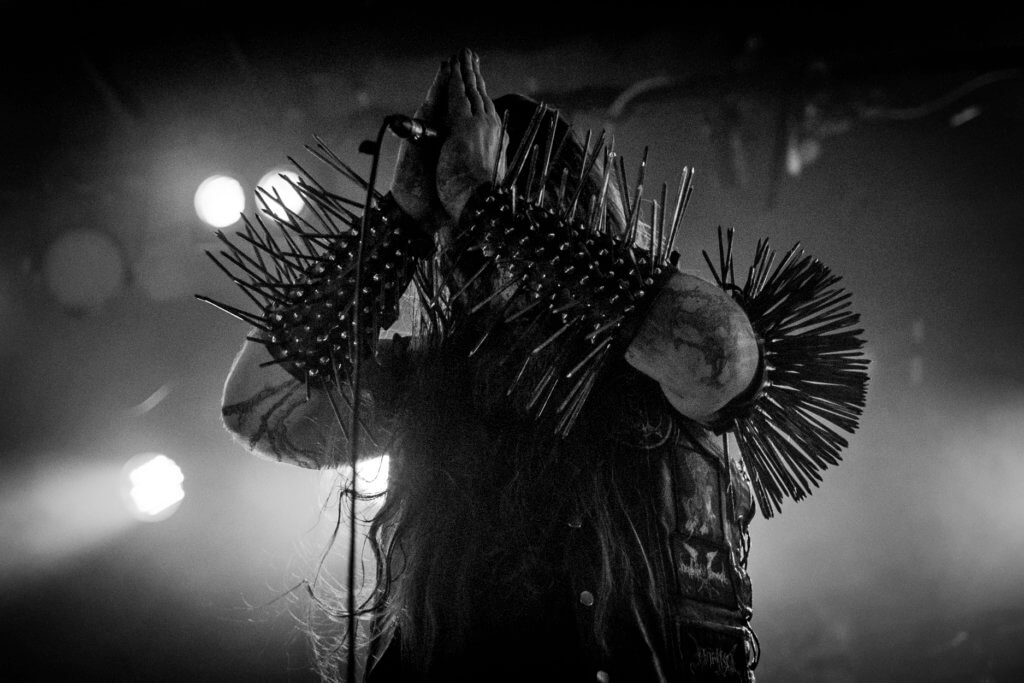 The events industry has been paralysed worldwide. How much of a setback has it been to Malum to be forced to desist from live hostilities for almost all of 2020? And how concerned are you that there may not be a short-to-medium-term resolution to this? Realistically it’s not possible to social distance at a Black Metal gig, so for as long as we are expected to adhere to these ‘guidelines’, concerts don’t seem viable. Maybe small one-off gigs on home soil will resume first but festivals and tours could remain dead for the foreseeable future?
“Like I said before, this has been a very bad thing for the events industry. I think many fine festivals will fall during this shit. So, of course it will be seen in the amount of gigs.”

I believe there’s much more to this whole corona hysteria than we are led to believe by governments, health officials and the mainstream media… Apparently these fascistic restrictions are in place in the name of public health but it’s clear that the powers that be don’t really care about the health, well-being, financial independence or general happiness of the population at large. Banning people from congregating, socialising and being together is about as extreme as tyranny could get, but most people still seem to believe it’s for the best and are accepting the narrative. Do you smell a rat here?
“Yeah, it’s kind of a weird show going on. Like so many things in Finland … it must be some kind of a joke when SteelChaos can’t take any audience to their event but at the same time Raskasta Joulua (a Christmas carol Heavy metal musical) can have their event. Smells like governments are trying to ban everything that is ‘evil’ by modern standards. Or at least try to drive them down slowly.”

The fun will really start when they roll out these vaccines and try to tell us we all need to get injected even though the survival rate from Covid is around 99.7%! I suspect that the authorities will try to coerce everybody into vaccination by lying to us and removing rights like international travel and attending indoor gatherings from those who don’t have the ‘passport’ proving they took the shot. How would you feel about this? Would you get injected so that you could continue to spread Satan’s word around the world?
“I haven’t been thinking about this that much. I have never taken a vaccination for any seasonal ‘flu and I wasn’t thinking about taking one now either. Should any limitations come (e.g. I can’t travel, go to gigs without taking a vaccination), I will need to reconsider my decision. I, however, am totally against it if people are obliged to take a vaccine shot. I do believe that you can bypass this by taking a test before entering a flight or a concert.” 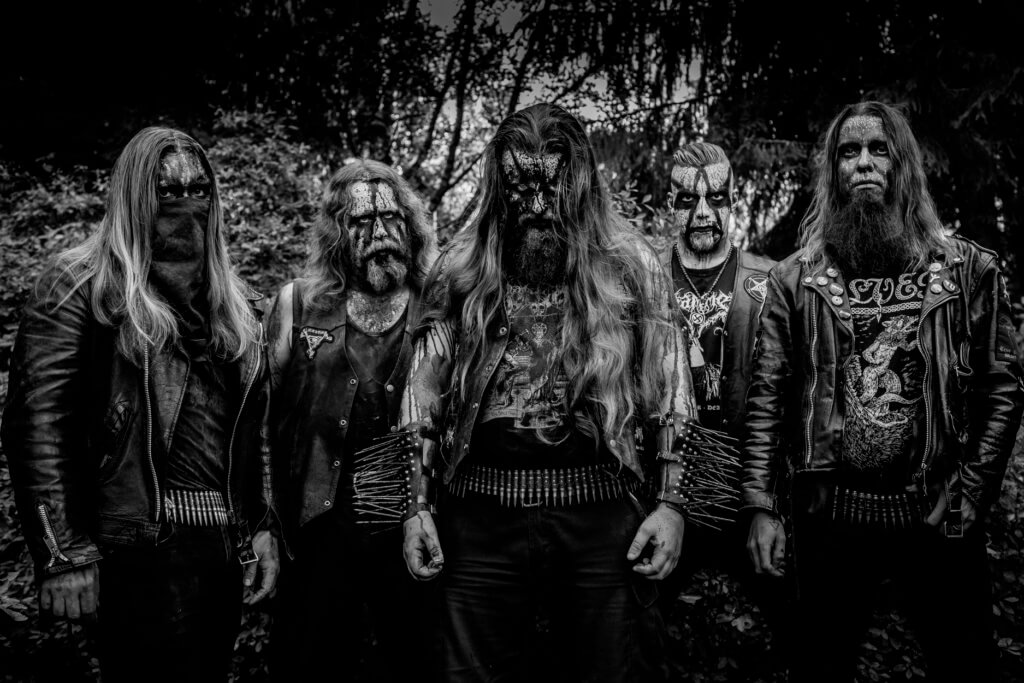 Speaking of plagues, religious gatherings have also been affected by the lockdowns (I gather than Malum are not regular churchgoers so you may not have noticed this). What is it about organised religion that repels and antagonises you so much? Why do you despise Christ, the fraudulent swindler, and his followers?
“It is normal to follow the shepherd like a sheep in the major religions. These religions are limiting the free will and freedom of people. If you make a mistake you are expelled from the herd or they will try to get rid of you in the worst case scenario. Religions have become a curtain to justify their own atrocities. The crusades, wars… These god-follower clubs are also protecting each other. Like, think how often are we entitled to read when a Catholic priest has been accused of paedophilia? For a brief moment these are leaked to the public but soon after you hear nothing about the perpetrator. Maybe he has prayed for absolution? And why Christianity and Christ? For us this is the more natural choice from the religions. This is still something we have somehow been raised into. That is why we despise it the most. All the major religions have the same patterns, more or less. But how those have been modernised is another story.”

Finland is a predominantly Christian nation but do many people there actually practise religion? Here in Ireland, it is mostly older people who seem to believe in god and all that nonsense. The grip of the church on greater society and in everyday life is loosening, albeit slowly. Younger people don’t seem to care for superstition and tall tales of an afterlife. Maybe it’s evolution in progress… Is it a similar situation there or does active religion still dominate?
“I am not very familiar with this but I think that the older people are more devoted than the younger. We still do have some cults (Lestadian, for example) who live ‘righteously’.” 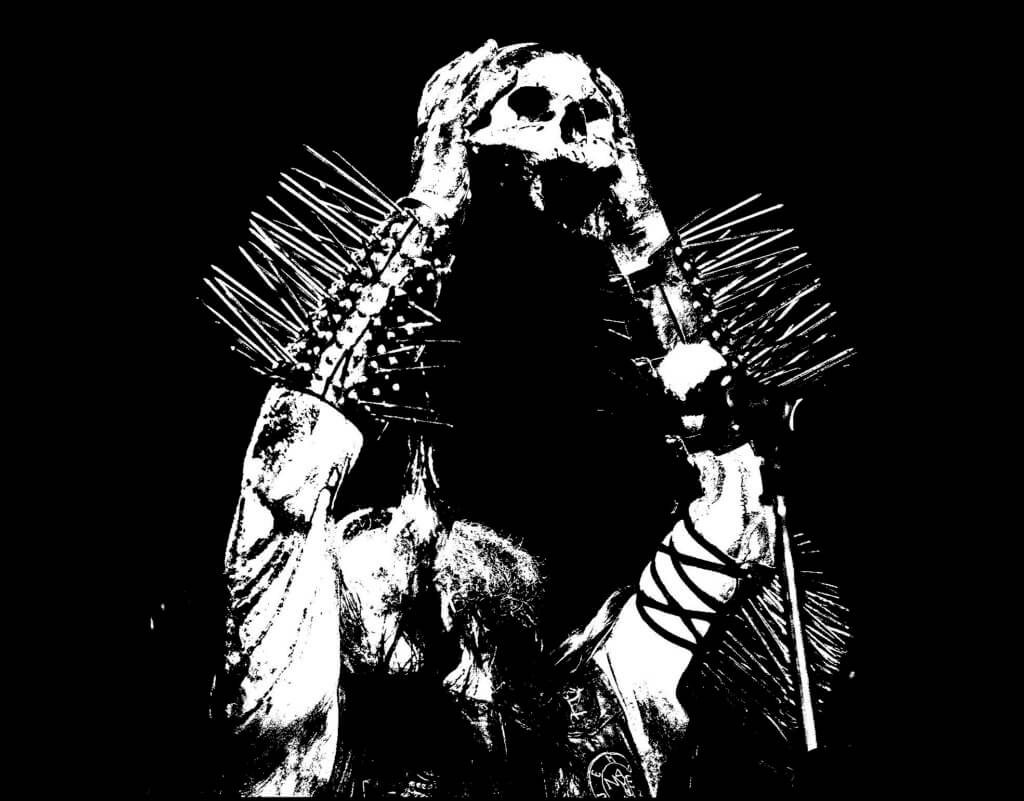 As opposed to Christianity, which encourages humans to suppress their animal instincts and resist natural urges (the irony being that so many priests are rampant paedophiles), Satanism promotes indulgence, partaking, excess, enjoyment, embracing the fleshly essence and living life to the full. Are these the elements of Satanism that appeal to you?
“I have never seen Satanism or Satan worshipping as a by-the-book religion. May everyone live according to their own will and desires. However, if you decide to live like that, you can’t hide in a monastery behind your religion. To sum this up, my word of choice is ‘Individualism’.

Do you hold actual Satanic ideologies and endorse it as a belief system or is it more of an anti-Christian stance? Non-conformity? I guess it’s a personal code really and each individual will have their own unique interpretation of what Satanism is? Malum also uses Luciferian ideas and themes in your lyrics and song titles, so are you channelling both Satanic darkness and Luciferian light at the same time, both as the antithesis and enemy of abhorrent, repulsive religion?
“I am more ‘religious’ towards this matter and I do not see things only from an anti-Christian perspective. Satan worshipping and blasphemy blend into a good concept with which I declare the corruption of the world and encourage development to free oneself from the shackles, above the masses. The Satanic darkness represents a will to change – or warfare – and the light of Lucifer represents wisdom and leads us to a fairer world. On the other hand, I do not feel that this modern warfare would bring the desired change to this world. Nowadays the reasons for any war lie elsewhere than you have been told. In my opinion, natural disasters, epidemics and such drive the world towards the right direction.”