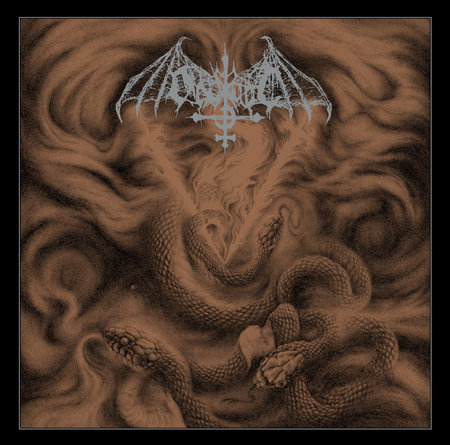 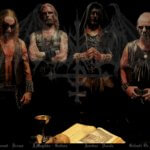 A wicked, malevolent prelude introduces the fourth Ondskapt curse before ‘Semita Sinistram’ guides us contemptuously towards the left-hand path and we know that at last the Swedish masters have returned after a decade of silence. The latest full-length had been mooted for 18 frustrating months then suddenly, without warning, ‘Grimoire Ordo Devus’ arrives unannounced like a thief in the night, ten unhallowed new spells to block out the light and herald unending darkness.

Frontman and ever-present muse Acerbus has once more surrounded himself with a new line-up but the power and potency of Ondskapt has not been diluted in any way. Indeed, if anything, this is as invigorated and energised as Sweden’s primary transmitters of obscure, occult orthodox Black Metal have ever sounded. At around 90 seconds shy of the hour mark, ‘Grimoire Ordo Devus’ is a monolithic offering, loaded with a surprising amount of variety and dynamism, the melodious soloing in ‘Ascension’ countered immediately by the harrowing darkness of ‘Devotum In Legione’ – a proclamation which serves as a timely reminder of how influential and inspirational a force Ondskapt has been over the past two decades.

The musical prowess of display is mightily impressive and I can state with confidence that anybody who enjoys the recent wave of exceptional Black Metal coming out of Iceland – as well as the more orthodox emissions from France and Sweden, obviously – will find much to salivate over here. The nonchalant manner in which Ondskapt contemptuously channels the adversarial spirit of pure, raw evil is one of Black Metal’s great gifts and they do not disappoint on this new liturgy, the eight-minute ‘Animam Malum Daemonium’ an absolute masterclass in profound nightmarish depravity, dripping of decadence and, well, without wishing to state the obvious … evil.

While too much so-called blasphemous Black Metal claiming to be the work of the devil relies on intense speed or unfettered fury, Ondskapt are content to assume a more restrained path, trusting in their ability to conjure a truly unsettling atmosphere, which they do with aplomb. The acoustic beginning of ‘Paragon Belial’ paves the way for an explosive outburst of hellish wrath, Acerbus’ possessed shrieks and ghoulish howls invoking the horned one to rise from his throne in the netherworld and inflict his wrath on the citizens of earth. As if we haven’t enough tyranny to deal with right now.

There are no fillers on here and the best songs are not loaded towards the start of the album. Indeed, ‘Possession’ is as haunting, diverse and accomplished a specimen of Satanic Black Metal as you could ever wish to encounter on a dark night and – awash with a myriad of black shades – parting profanity ‘Excision’ provides ‘Grimoire Ordo Devus’ with the stunning, serpentine and thoroughly sacrilegious finale it deserves. A triumphant, tyrannical return.