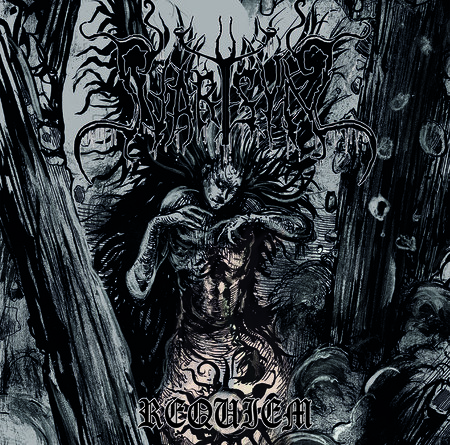 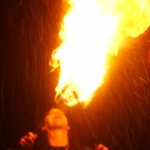 With nary a glimmer of light nor salvation, Svartsyn’s harrowing and unholy tenth full-length, ‘Requiem’, unceremoniously flings open the floodgates of desolation, embracing the all-consuming darkness, blocking out all light and heralding the onset of Lucifer’s reign. A cacophonous, blood-letting spree of hunger, death and decapitation – ominous and without hope – ‘The Pale Horse’ sets the tone for a dark adversarial manifesto befitting the re-designation of mankind as not only a naïve species but an enslaved one.

As the trumpets sound to announce the resurrection of a once-fallen empire, it is an occasion of splendour, not horror. Each of the six sacrilegious psalms on this substantial offering are of the lengthy variety, with an average running time of almost eight minutes. The music, artwork and lyrics are all suitably twisted and depraved in keeping with Svartsyn’s status as one of Black Metal’s most important acts.

Simmering in the underground for more than a quarter of a century, this inimitable one-man entity continues to craft sick, Satanic Black Metal of the very highest calibre. On ‘Requiem’, rather than going through the motions, which would be understandable after all these years of solitude, Ornias proves that he is a master of his misanthropic art. This is grim, primal and infectious. Western civilisation has fallen and we now reside in the kingdom of the antichrist. I was wondering what the fuck was going on…