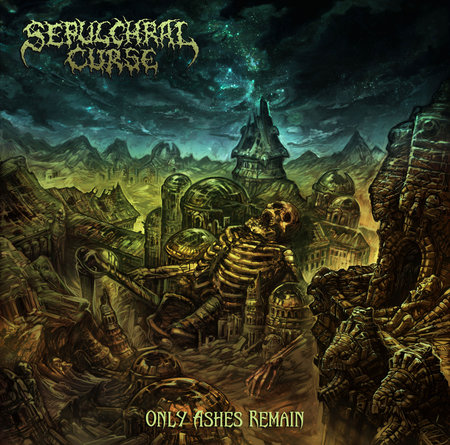 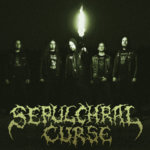 ‘Only Ashes Remain’ is the debut full-length from Sepulchral Curse and it comprises precisely three-quarters of an hour of captivating music that clearly marks the Finnish five-piece out as a Death Metal brigade worth keeping an eye on. Like the best of Finnish death, the songs manage to remain both aggressive and keenly catchy at the same time, resulting in an album that’s as groovy and accessible as it is guttural and grimy. Some of the breakdowns, such as the outburst of stomping drum and bass towards the end of second track ‘Swarming Blackness’, are outstanding and it’s fair to say that ‘Only Ashes Remain’ is an instantly memorable effort, with special mention due to the immense eleven-minute closer ‘Maan Tuhkien Uneen‘ – a monolithic journey that showcases everything great about this band.

Ambitiously, the album as a whole is a heady brew, some doomier passages introduced to proceedings from time to time, and I’m sure I even felt some punky hardcore similarities along the way as well as definite Black Metal tendencies, meaning that there is a healthy degree of variety to be experienced here, but there’s no getting away from the fact that this is a crushing Death Metal release at its core and the point of Sepulchral Curse’s music is first and foremost to grab you by the throat, smack you in the kisser, knee you in the balls … anything violent really as long as it takes your breath away and leaves you writhing in pain.

There’s definitely more melody and less unrestrained anger in the mix than what you might get on a Krypts or Corpsessed record (just to mention a couple of my favourite contemporary Death Metal hordes from Finland). While I’d possibly prefer to see some of that melody curbed and Sepulchral Curse go for the jugular even more, there is no doubt that this is a confident, capable and thoroughly immersive first offering from a band that’s got a big future.

At a time when Finnish Death Metal is riding the crest of a powerful, ominous wave – increasingly becoming an irresistible force of nature – Sepulchral Curse have delivered a debut album that proves they can exist comfortably in the company of their compatriots old and new, from Demigod to Desolate Shrine or Adramelech to Lantern.