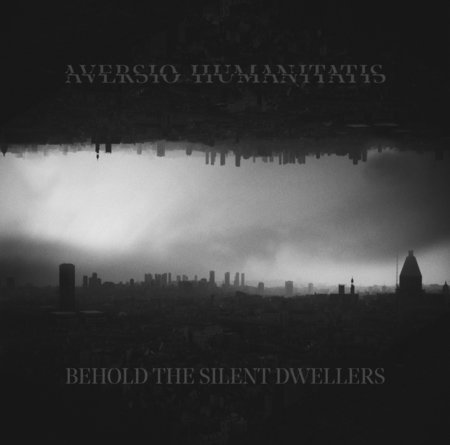 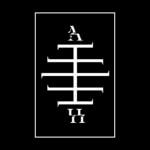 Having spent the best part of a decade sharpening their weaponry, honing their craft, fine-tuning their attack, building a head of steam, the time has come for Aversio Humanitatis to let rip with their deadliest ode to human misery thus far. On sophomore full-length, ‘Behold The Silent Dwellers’, the Madrid-based trio / quartet have delivered a devastating, haunting onslaught; a mesmerising and dizzying 36-minute venture through modern, high-end Black Metal that merges the darkness, dissonant charm and unchecked ferocity of Iceland’s finest, the nihilism of Poland’s favourite sons and a smidgeon of the complex, angular progressiveness of Deathspell Omega to produce something really special.

Familiar-sounding yet strangely unique in the manner in which it seamlessly collates so many worthy influences, ‘Behold The Silent Dwellers’ is an album that will effortlessly hold your attention throughout its 36-minute duration, each of the six songs meticulously crafted and flawlessly presented, predominantly at mid-pace, relying on an uncanny ability to conjure an ominous atmosphere with thoughtful structuring to carry the portentous message rather than superfluous speed or mindless aggression.

Rejecting human behaviour and culture, as all worthwhile Black Metal does, Aversio Humanitatis offered signs of things to come on their excellent 2017 MLP ‘Longing For The Untold’, but it’s fair to say that this latest album proper trumps all their previous releases, enjoyable and all as those were. The band has found its identity; maturity, focus and a clear sense of purpose / meaning evident in wicked abundance, the music graced with a translucent, organic production that affords each instrument clarity in the mix, harrowing vocals lamenting the state of things in this wretched world, bringing despondency and despair but also perhaps a shred of hope amid the protestations.

Intriguing song titles and fantastic cover art – depicting a bleak, grey urban landscape (the architecture of stagnation) mirrored onto itself in a tragically dystopian fashion – complete the package, suggesting that’s there’s depth and intelligence behind the concept of this album to match its musical majesty.