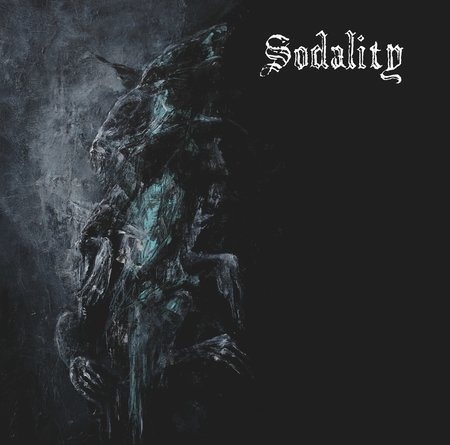 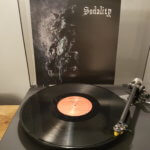 It goes without saying that any recording featuring the instantly-recognisable, utterly depraved and evil-as-all-fuck vocals of Mark of the Devil is worth investigating, so I could probably stop this review right here. On the debut Sodality full-length, ‘Gothic’, the inimitable, undoubtedly-possessed Cultes Des Ghoules frontman is joined in unholy conspiracy by Death Like Mass companion T. Kaos and the duo have crafted a rotten, haunting, irreverent work, accurately summarised in a rare promotional utterance as a ‘Derelict Black Metal Ritual’.

Cursed with a suitably raw, lo-fi and analogue sound that lends itself perfectly to vinyl, ‘Gothic’ comprises six offerings of (un)orthodox doomy, morose Black Metal – certainly not the most uplifting or life-affirming three-quarters-of-an-hour you are going to spend sat in front of your speakers. The music is disjointed, unhinged and repetitive, deliberately rough and unfinished, the demented vocals adding another layer of dizziness to the disorientating deviancy.

Each side of the record includes a lengthy ten-minute psalm – ‘The Blood Of Gladiators’ and ‘What Blooms In The Shadows’ respectively – bookended by two shorter incantations and it is on these longer conjurations that the organic, spontaneous malice of Sodality really comes into its own. While the album is intriguing and bewitching from start to finish, the monumental black magic of ‘What Blooms In The Shadows’ in particular elevates ‘Gothic’ to a level that few recordings go near.

As well as being outstanding from a musical perspective (obviously the most important consideration of all), ‘Gothic’ is also a poignant album as it represents the final release on Dauthus 1899 – the label fronted by the recently-departed legendary metal artist extraordinaire Timo Ketola. In Timo’s absence, NoEvDia have followed through in style and honour to make sure the record gets the foul genesis it deserves.