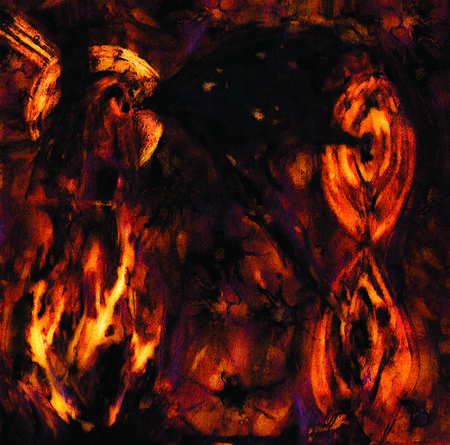 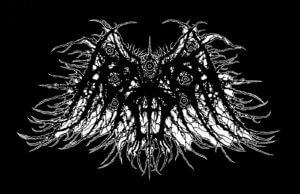 Existentially warped and spiritually dislocated, ‘Negation of Delirium’, the debut full-length from obscure, unorthodox raw Black Metal deviants Sorguinazia is an astral projection of dark energy so deeply embedded in the underground that it reeks of decomposition and disconnect. Unsettling and sumptuously spectral, these seven ghostly, ghastly emanations from the netherworld represent the sonic embodiment of pitch-black, haunting necromancy.

Raw and rotten to the core, Sorguinazia follow up feverishly on their self-titled demo of five years hitherto with 42 minutes of otherworldly manic mysticism performed with a possessed sense of frantic urgency. The duo’s uncanny knack for conjuring infectious, memorable melodies that are barely melodies at all – more so a ritualistic, involuntary convergence of arbitrary fizzing, jagged notes, ragged riffs, decay-dampened drums and depraved utterances – is nowhere more evident than on the pulsing, throbbing degenerate title track which nestles like a cosmic contagion at the heart of the album.

Retched shrieks and unhallowed howls from some godforsaken dimension beyond perception join the orgiastic cacophony of the dead, impassioned, unapologetic curses of the calibre and corruption of ‘Ecstatic Karmic Impunity’ and ‘Neuromancy’ tapping into the bleakest pits for inspiration, twisting that darkness into audible form. The ominous tribal ambience of penultimate offering ‘Saraswati’ is equally disturbing, dis-ease and disorientation remaining very much to the fore throughout the cleverly-crafted black spell that is ‘Negation of Delirium’.

Sorguinazia’s ability to summon an eerie, ethereal atmosphere that is at once frigid, intimidating and alluring is further highlighted on ‘Death Entrancing’, a shapeshifting nine-minute excursion to the very bowels of tormented insanity. Despite the distant and somewhat lo-fi nature of proceedings, which are deliberately kept crudely illusive and intangible in keeping with the essential aesthetics of raw, noisy, abyssal Black Metal, there is an unexpected, supernatural eloquence, structure and musicality evident in Sorguinazia’s unhallowed harvest.