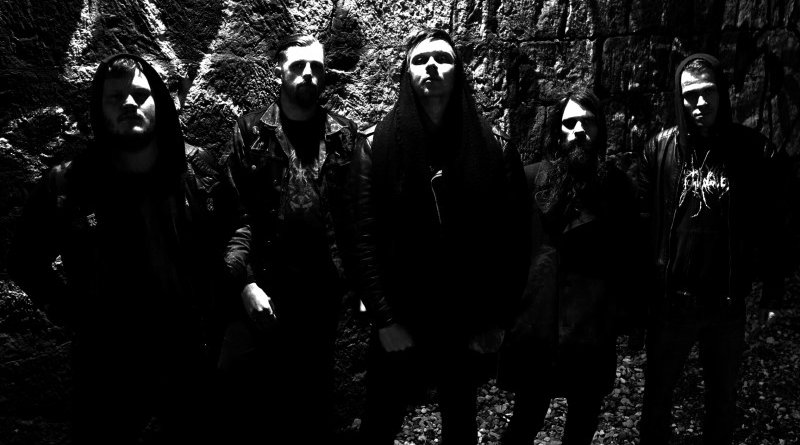 On their long-awaited debut full-length, Mannveira have embarked on an introspective and deeply personal journey to the heart of darkness … a voyage beyond the point of no return, to a place where resistance is futile. Even allowing for the fact that the best Black Metal is almost invariable conceived of dark and negative emotions, ‘Vítahringur’ stands apart as a particularly bleak and oppressive creation, a raging furnace fuelled by unfettered fury and abject desolation. Illugi provides some insight into the genesis of a unique recording adorned with a distinctly oppressive atmosphere. 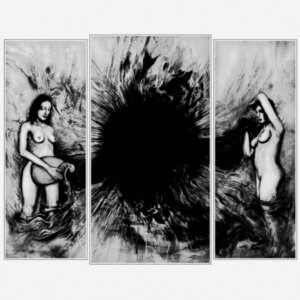 It sounds like Mannveira are resigned to the grim reality that we are all mere extras in a story that doesn’t have a happy ending?
“In a way, yes, our lyrical subjects and overall themes have been centred around portraying the bleakest sides of reality in an abstract manner, rather than fantasy.”

Ultimately, defeat (i.e. death) is inevitable for every living thing; thus the struggle to remain alive (i.e. life) is enacted in vain, as grim and defeatist as that might sound. Could existence be over-rated as it grants the individual at least as many negatives as positives?
“I wouldn’t necessarily say existence is over-rated. Rather, it could be how we assign value to the positives and negatives that more or less shapes our existence. That being said, we are more or less just hairless apes with an insanely developed sense of self-awareness, so that definitely colours our outlook on these things.”

Does the outpouring of negative emotions inherent in the music represent a purging of your inner demons and a coming to terms with the inherent wretchedness of the world?
“That’s one way to put it. If you’re going to be sincere when it comes to music or art in general, part of it should stem from personal experience or at least your own mindset. Of course that doesn’t mean that what you make has to be a direct outpouring of your inner self.”

‘Vítahringur’ is more morbid and morose than the other Icelandic Black Metal bands I’m familiar with. This bleakness constitutes a distinct trait that separates Mannveira from the rest – but was this something that you considered or planned when establishing your sound or have you just let the music take its natural course?
“I can’t really say that it was planned, our sound stems more from gut feeling than anything else. We’ve focused on aspects of Black Metal that we appreciate and that probably comes through in our final product.” 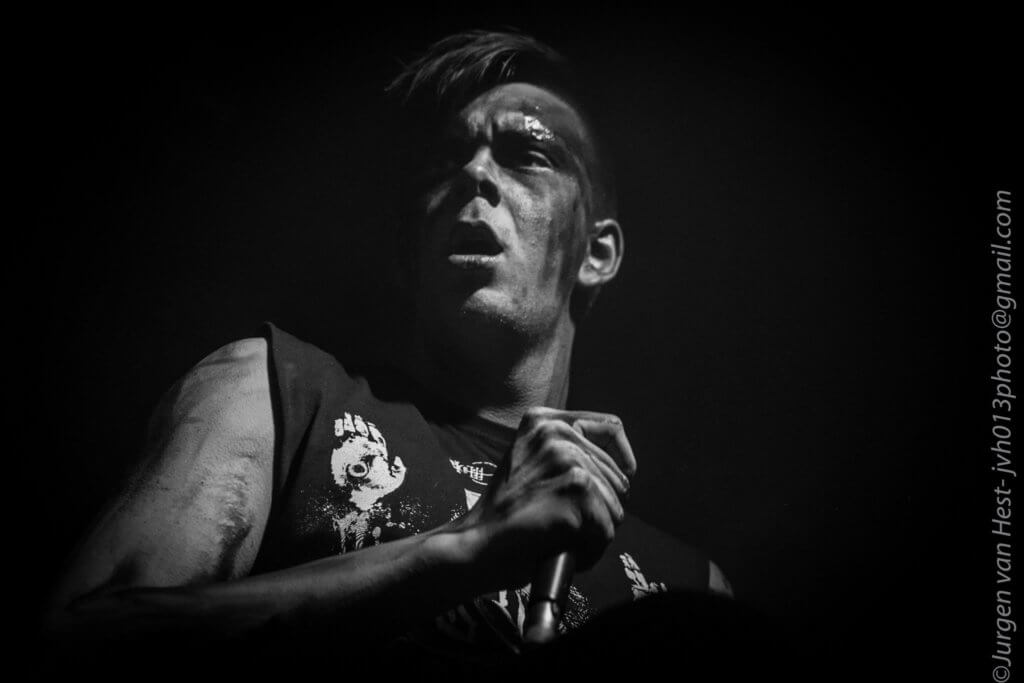 Black Metal is always at its most potent when coming from the darkest of places as this record does. Misery and melancholy are unfortunately essential, inescapable aspect of the human condition. Rather than succumbing to the negativity, how do we harness and channel misery into something positive? One obvious way is through art, of course, but is it possible in everyday life?
“Channelling negativity into something creative is of course the best way to turn it into something positive, but outside of that it’s something that you should try and overcome, i.e. see it more as a challenge rather than a burden. That might not work for everyone, but I’d say it’s a far better way to go about it rather than denying it or just wallowing in misery constantly.”

While dark feelings are toxic and harmful and one should never wallow in misery, is it perhaps productive to accept that life is not a picnic and to brace ourselves for hardship? Better to be a miserable realist than a happy fool? Also, in case I might have overplayed the whole misery card here, I’m assuming that you are relatively upbeat, positive and humorous guys in your everyday life? Otherwise, you’d have no friends…
“Who said we have friends? Seriously, however, both cynicism and ignorant bliss have their place in the world, but revelling in either one isn’t the best way to go about things. Not to sound like Dr. Phil or whatever, but the best way is probably to find a healthy balance between the two and acknowledging things for what they are.”

There is a sense of camaraderie about the Icelandic BM scene. Between live and studio activities, the members of Mannveira boast strong associations with many other active bands, including Andavald, Naught, 0, Naðra, Örmagna, Wormlust, Abominor and Almyrkvi. So it’s like one big happy family? By the way, is there any new music imminent from any of those other projects?
“We have so many projects between the five of us that it’s pretty difficult to keep track of all of them. But a lot of them have something in the works, so we’ll just have to see. As for the camaraderie, it’s largely due to how few of us there are, so the whole group becomes kind of close-knit when everyone is like-minded and driven towards the same thing.”

The record was mastered by Árni Bergur Zoëga of Árstíðir lífsins and Carpe Noctem, while D.G. from Misþyrming, Skáphe and Martröð (to mention just a few), who is also involved with assorted Mannveira members in many of the aforementioned collectives, recorded and mixed the album and also helped out with the ambient parts. Meanwhile, Þórður Indriði Björnsson from Endalok, Guðveiki and Hræ composed the artwork. Seems like a real team effort? How vital were the contributions of these individuals and do you almost view them as extended members of the Mannveira family?
“We of course preferred to work with people that we know personally rather than looking for outside assistance. Everyone that contributed to the album is a good friend and I think that was certainly an advantage in making ‘Vítahringur’ what it is.” 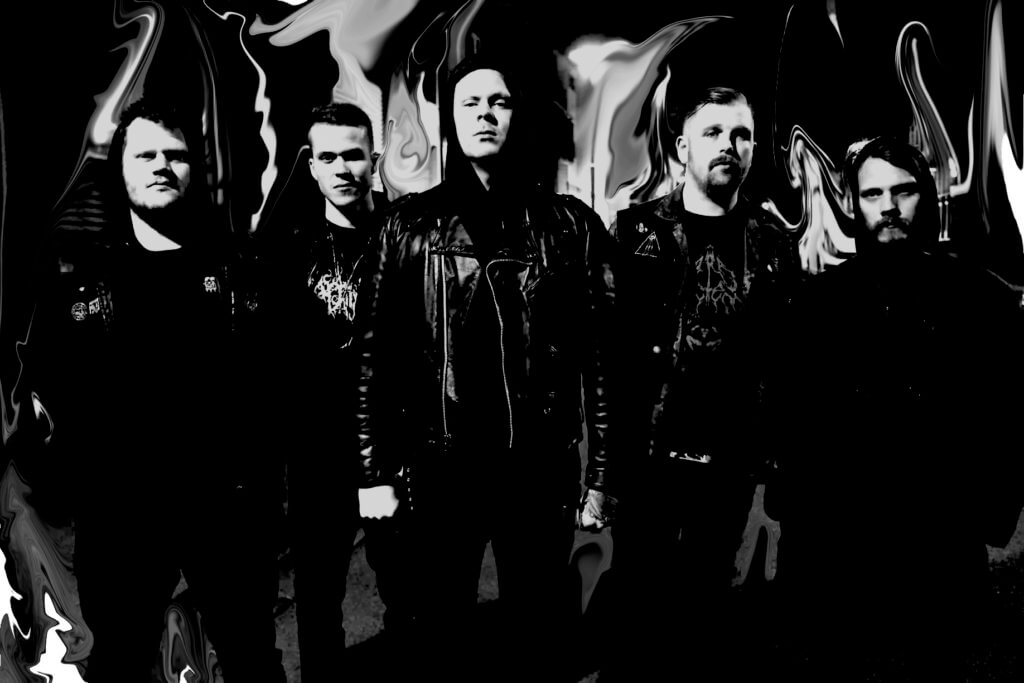 ‘Vítahringur’ was recorded in 2018 and 2019. Was it a protracted and at times frustrating process? What were the main hardships you endured along the way? There was also a substantial delay between completion of the album and its physical release. Why was that? Did it ever feel like you were cursed and the record was destined to never see the light of day?
“Writing and recording the album was relatively painless, even though it was a slow process. The delay between the album being finished and being released, however, felt like an eternity. There were some issues with scheduling and the vinyl press constantly pushing back the date for everything to be finished, so at times we thought the album might actually not be released at all. But that being said, once it came out we quickly forgot all about that and enjoyed it seeing the light of day that much more.”

You performed a gig at Húrra on July 24th – alongside Vonlaus and Nornahetta – to celebrate the release of ‘Vítahringur’. It must have been pretty special to return to live hostilities after such a lengthy enforced hiatus. How did that night work out for Mannveira?
“It was definitely a bit odd being back on stage after such a long hiatus, but it felt really good returning with something proper between our hands. All bands delivered just brilliantly and I’m sure everyone walked away from the show feeling good about it, bands and attendees alike.”

As we speak, while the situation remains somewhat volatile and uncertain, Ascension MMXXI is scheduled to take place at Hlégarður in Mosfellbær on November 10th-13th, with Mannveira pencilled in to make an appearance. Are you optimistic the event will be allowed to proceed and how much are you looking forward not alone to performing here but also to seeing all the other bands take to the stage?
“Hopefully nothing comes in the way of Ascension taking place, but like we’ve seen in the past two years, it’s best to be cautiously optimistic. We are of course very excited to perform there, Ascension 2019 was nothing short of amazing and this promises to be something similar.”