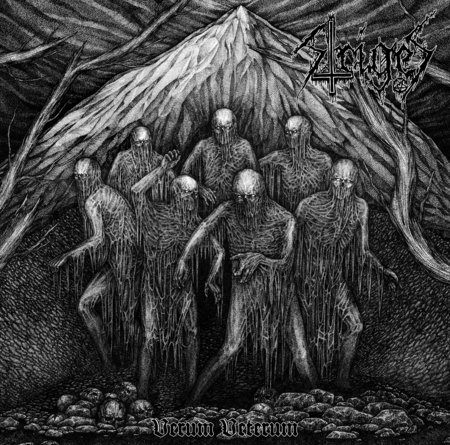 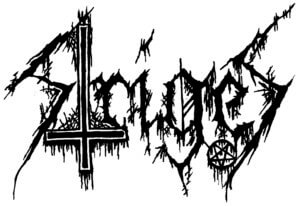 It came from nowhere and it’s wholly apt that Striges’ debut full-length should arrive like a bolt from the black with neither hype nor prior warning as ‘Verum Veterum’ truly embodies the spirit of times gone by, when Black Metal was spontaneous, dangerous, unpredictable and of the underground, before the subgenre was hijacked by inane promotional blurbs, dick-measuring forums, strategic limitations and social media hysteria.

Back then, it was not uncommon for a new release to literally appear from out of thin air – as is the case here – or to suddenly come to one’s attention months or even years after its release, having dwelled indefinitely in deliberate obscurity. With more unknowns in the equation, things at least seemed a little more magical…

Another vehicle of the incredibly-prolific Shatraug of Horna and Sargeist infamy, Striges released a couple of cassette demos thirteen and seven years hitherto but has now been resurrected to pounce unexpectedly with a new line-up and this long-awaited maiden album, Shatraug joined in unholy conspiracy by Horna bandmate and compatriot LRH on drums and US-based Vimur vocalist Vaedis, both of whom contribute enormously to rendering ‘Verum Veterum’ a haunting, ghostly and rather emotional trek through Black Metal’s mists of time.

A timely throwback to the glorious ‘nineties, showcasing 41 minutes of ancient Black Metal conjured and executed the olden way, ‘Verum Veterum’ is more than just an exercise in nostalgia, however, as it blurs the lines between past and present, proving that grim and spirited Black Metal is as relevant and apt today as ever it was. A devilish sense of melody permeates proceedings, the seventh and final curse, ‘An Ancient Mournful Soul’, for example, a prime piece of soaring, bewitching northern Black Metal majesty.

Authentic Black Metal written and performed with such dark passion, power and panache it should raise hairs on the nape of your neck unless you’re dead already or seeking some progressive bullshit.