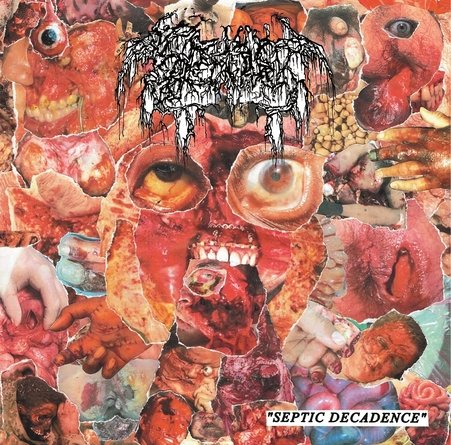 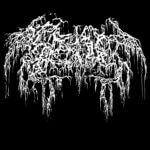 Comprising four steaming regurgitations splattered across twelve contagious minutes, ‘Septic Decadence’ is the debut demo EP from sick Danish upstarts Septage, who vomit forth the rankest, foulest and most putrid torrent of bile in the best traditions of Copenhagen’s ever-expanding Death Metal cesspit, a slab of noxious human manure deposited fondly from the toilet bowl onto your dinner plate.

The aptly-titled ‘Mouthful Of Untreated Sewage’ announces the arrival of this sick and twisted Danish trio, spewing malignancy and gurgling sour bile, reminiscent of prime Carcass, Exhumed and that first Cadaver album; not just a reflection on Death Metal’s earliest, trailblazing discharges, however, but also with a modern freshness to the pungent overload of excrement and more than a hint of compatriots Undergang.

Like frenzied wild animals running amok in an abattoir, Septage cram as much depravity and gore as possible into a dozen decrepit minutes, any orphaned niceties that might have invaded their filthy minds during recording contemptuously consigned to the cutting-room floor. The third track, ‘Jeffrey Dahmer’ is suitably short and not-so-sweet, the EP ending on a high of utter debauchery with the gross profusion of ‘Septicious Septic’.

The only downside here is that so totally immersive is the music of Septage that we could do with even more of their shit-steeped delirium but, alas, ‘Septic Decadence’ is just the beginning of their journey from the sewer and will do just nicely for now as an introductory projectile vomit, with Me Saco Un Ojo Records handling the 7” vinyl edition and Extremely Rotten Productions emitting an equally-disgusting cassette version.