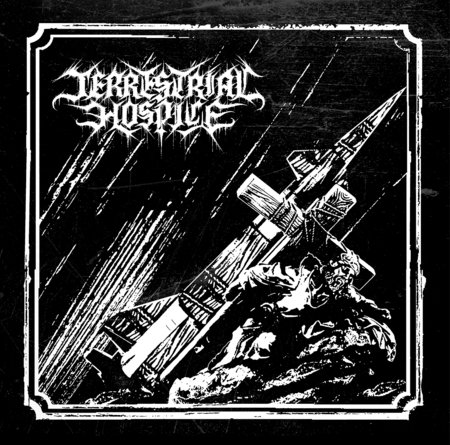 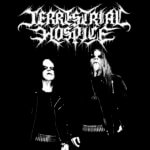 Sure to be shortlisted in the Most Intriguing Album Title category at the prestigious 2020 Black Metal Gala Awards Ceremony, ‘Indian Summer Brought Mushroom Clouds’ is also a notable triumph musically. Polish duo Terrestrial Hospice remind me quite a lot of one of my favourite acts, Clandestine Blaze, delivering a predominantly high-tempo, fevered, nihilistic, irreverent, punky strain of ripping Black Metal, with clear nods to other Scandinavian standard bearers Craft and of course Darkthrone also evident across the 37-minute duration of their oddly-christened debut full-length.

It’s a sarcastic, indifferent, apathetic trip, scornful song titles like ‘Please Accept My Most Sincere Condolences’ and ‘Come Join the Parade’ underscoring Terrestrial Hospice’s simmering sense of disgust and rage with the state of things, an obvious unwillingness to participate in this corrupt society at the heart of the message, ridicule and mockery pervading every note and rasp.

Contempt plays a major role in the attack, too. ‘Indian Summer Brought Mushroom Clouds’ opens ominously with the uncompromising, possessive-apostrophe-cheated, in-your-face ‘The Sump Where the Universe Filth And Ephemera Collects’ and is closed on a similarly-venomous note by ‘Crucifixion Of Antropocentrism’, the centrepiece of the album also the longest track: the nigh-on-eight-minute ‘Gang-raping The Seven Virtues’, where the pace is dropped for maximum effect as the message is slowly embedded in the subconscious rather than hammered home.

Terrestrial Hospice’s eye for memorable titles is matched by their ear for fairly catchy riffs and hooks, culminating in an album that is undeniably derivative yet strangely refreshing at the same time.