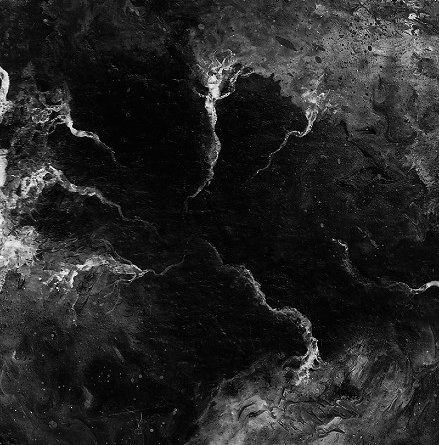 There’s an obvious reason (beyond laziness) why adjectives like primitive and raw are commonly recycled to describe the best Black Metal: this music is not rocket science and operates predominantly on the most basic level. No need for virtuoso technicality or shiny productions … in fact, paradoxically, these could detract significantly from the authenticity and enjoyment of the recording. Having said all of that, it’s not easy to effectively produce high-quality raw, primitive Black Metal that transcends its sonic limitations and reaches our most primal instincts.

An uncanny knack for dark creativity is a prerequisite and for every act that successfully crafts worthwhile raw underground Black Metal there are thousands of pretenders, imitators and out-and-out failures. Warloghe has been delivering Satan’s word with distinction for a quarter of a decade now and oppressive, possessed third full-length ‘Three Angled Void’ is another masterful recording. It’s not easy to describe why this is such an amazing album because it doesn’t present anything particularly new … but what it does, it does brilliantly.

Here is the sound of an artist who is in league with darkness and suffering. Authenticity cannot be faked or mimicked, the perverse sickness and melancholy that seeps through ‘Three Angled Void’ manifesting as a welcome antidote to the avalanche of mediocrity masquerading as Black Metal in 2021. Although the production is comfortingly dull and analog, there’s a surprising amount of variety to be explored across the six curses. Take, for example, the middle two offerings: from the introspective and depressive lament of ‘Inhuman Mirror’ to the comparative rage and high energy of ‘Invultuations from the Black Earth’.

The sole demon behind the invocations, Eorl Torht Tyrannus, persists with a ghastly diabolical screech throughout, maniacal guitars arcing and soaring, cutting and bleeding, the maelstrom of chaos amplified by the background hammerings of session drummer Arkkon Vulpekul. Everything remains tantalisingly elusive due to the muddy production and, although the ears strain in a futile attempt to glean more detail, there is no denying that everything about ‘Three Angled Void’ is perfectly corrupted just as it is.

A timely reminder of what is so invigorating about this powerful, evocative subgenre, the album also serves to highlight just how badly Black Metal in general has gone wrong. By sticking to the principles that conceived such an ugly, cursed entity, Warloghe stands almost alone, careering ever further along the left-hand path.