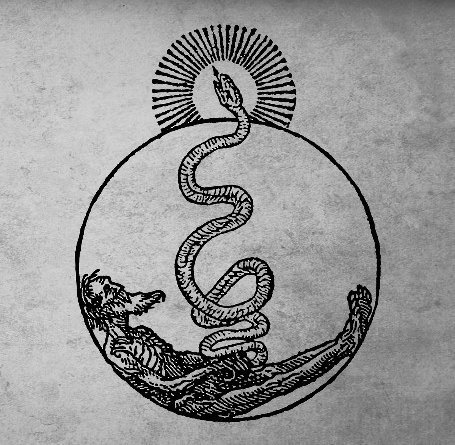 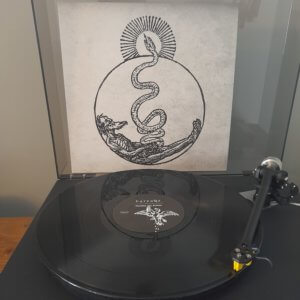 Already a proven staple of the Black Metal underground on the strength of their incendiary live performances and stellar mini albums, ‘The Downward Descent’ and ‘Darkness in Turmoil’, Darvaza’s legend was such that they were in the unusual position of being under pressure to deliver on debut full-length, ‘Ascending Into Perdition’. True, to form, the Italian-Norwegian axis of evil has produced a suitably corrupt ode to damnation.

Featuring the combined song-writing / execution prowess of Omega and the vocal embellishment of Wraath – one of Black Metal’s most gifted vocalists – Darvaza has few peers when it comes to contemporary Black Metal. A sheer force of Satan in the live arena, they also craft curses that reek of adversarial magnificence, their unswerving devotion to darkness almost peerless in the modern era. The allegiance to Satan that permeates every facet of their music is both infectious and unsettling, the work of master craftsmen who revel in dedicating their art to the most malevolent force of all.

Mid-paced, addictive sacrilege is the order of the day, with each offering working its way adeptly into the subconscious, none more so than the blissful, scornful ‘This Hungry Triumphant Darkness’, which kicks off Side B in a flurry of occult nastiness. Though paradoxically understated at times, ‘Ascending Into Perdition’ is a logical extension of the Darvaza discography– a unique Black Metal record that sounds like nobody else.

What we get is six lengthy tracks of darkness worship from a rare and potent force that plays by its own rules, ignoring trends and raising horns and spitting venom in His name. In many respects, it’s the very essence of Black Metal. You can’t really go wrong with Darvaza. The full-length was a long time coming but has been worth the wait.