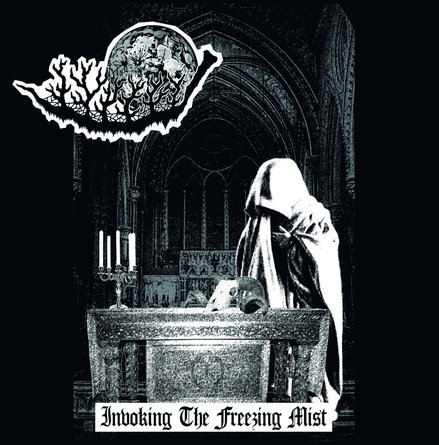 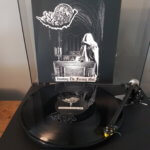 Channelled by Deorc Weg, Despondent Moon is a one-man entity from the United Kingdom that – perhaps taking inspiration from the trailblazing Black Funeral – merges raw Black Metal with dark ambient / dungeon synth. The first three full-lengths were unleashed within a particularly prolific nine-month period between May, 2019 and last January. Comprising almost half-an-hour of shrieking, swirling, dizzying underground fuzziness, ‘Invoking The Freezing Mist’ is the middle one of those – and also the only one I’ve been able to justify purchasing thus far.

The underground nature of Despondent Moon releases means that they are fairly inaccessible in more ways than one. Not only is the music challenging, the physical products are also difficult to get your hands on due to their limitation (which of course is perfectly understandable as it goes hand in hand with the DIY aesthetic and lack of resources of the act itself and the label involved). It’s a shame, however, that this limitation also renders the records almost prohibitively expensive in these financially volatile times. First presses are selling out quickly but hopefully there will be further represses and perhaps better distribution as Despondent Moon’s reputation spreads. Which seems inevitable as this LP is undeniably great.

With true BM song titles like ‘Into The Grim Night’, ‘Beneath The Withered Forest’ and ‘Nocturnal Fog’ as well as the dead-giveaway title track, it’s clear before the needle touches the groove that we’re in the realm of ancient, distant, raw Black Metal, Deorc Weg demonstrating a wonderful flair and appreciation of atmosphere, ambience and darkness as he seamlessly weaves together music that works on many levels: intriguing, inspiring and elevating; transporting the listener to magical places and a time when Black Metal was fresh, dangerous and potentially life-altering.

Obviously one to avoid if you crave a big production or all your instruments shining through and gleaming radiantly, ‘Invoking The Freezing Mist’ is a timely reminder of the depth and strength of the Black Metal underground, an infinite abyss which appears almost bottomless and boundless, giving rise to an endless stream of stunning dark art.